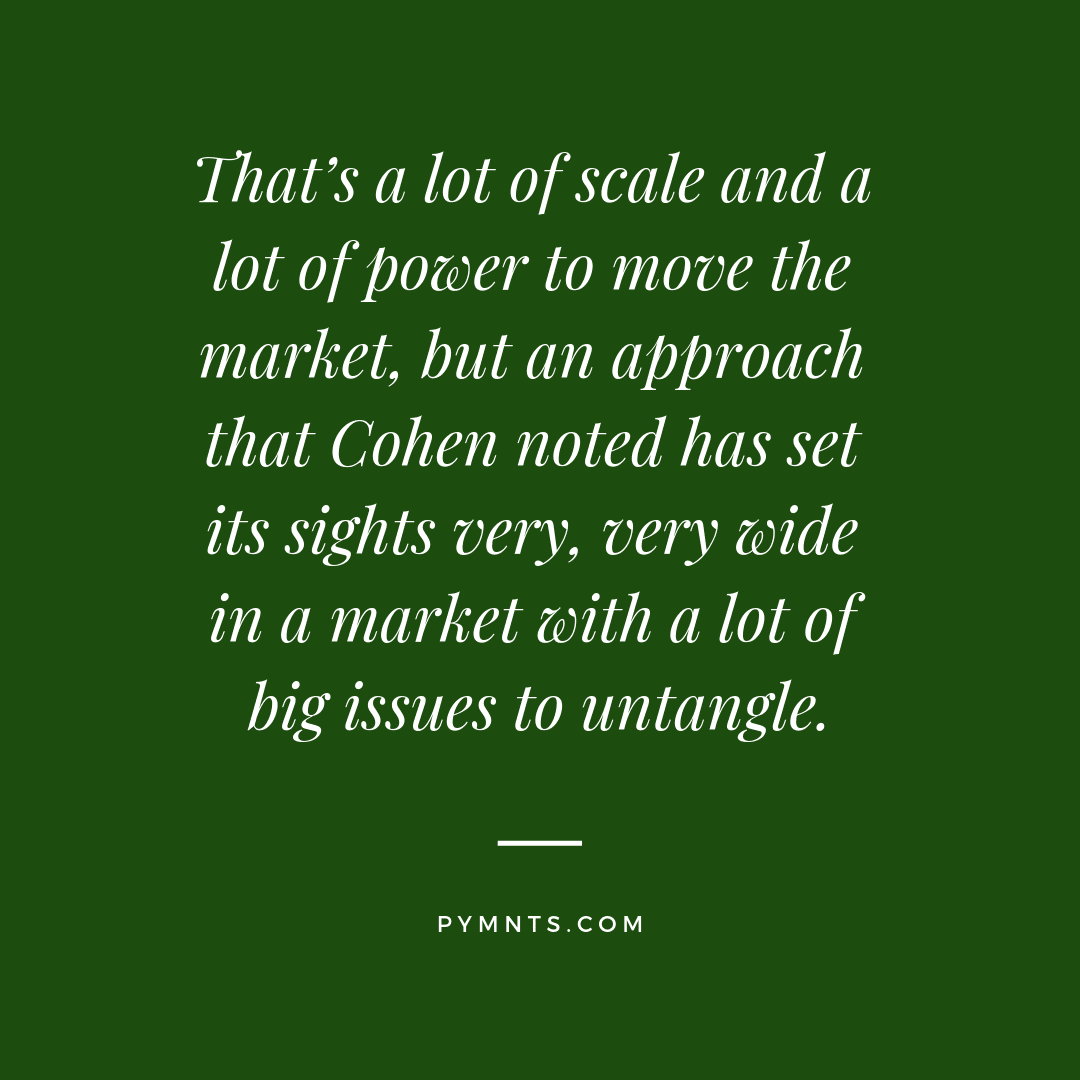 There are few participants in the American healthcare system that offer rave reviews of its payment process. Providers (doctors, hospitals, etc.), payers (insurance companies) and members (patients) all offer different perspectives on what’s really wrong – but all agree that if healthcare payments was a patient, it would be flatlining.

Getting everyone to agree that something’s wrong is the easy part. Getting agreement on what must change is where the rubber needs to meet the road, according to Dr. Giovanni Colella, co-founder and CEO of OODA Health. In a recent conversation on rebuilding the future of healthcare payments with Karen Webster and OODA’s COO and Co-founder Seth Cohen, Colella noted that making healthcare payments healthy isn’t as simple as throwing a switch, nor as fast, no matter how enthusiastic for change everyone may be.

“The commitment to the change is strong, but when you are talking about how claims are designed, adjudicated and paid, making big revisions is a challenge, to put it very mildly,” Colella said. “Everyone in the system gets it, they really do, but it is hard when you are talking about firms with tens of millions of lives insured working with several different legacy systems they’ve patched together through acquisitions. The complexity of making these changes is huge.”

Huge, Colella and Cohen said, but undeniably necessary – and it’s the main challenge OODA will address with its recently raised $40.5 million round of Series A funding, via technology that they say will enable collaborative, real-time interactions between providers, payers and members.

The goal, they said, is to rebuild healthcare payments away from today’s complex, rarified, opaque and unpredictable system into something that much more closely approximates the retail experience they encountered in normal, everyday consumer interactions.

Where Things Break Down

There are possibly hundreds of anecdotes about all the expensive and illogical ways healthcare payments are spawning unnecessary and expensive complexity, Cohen told Webster. One can find them in the shockingly large cohort of patients who want to pay their bills and can afford to do so, but who don’t pay them because they aren’t even sure how to read them. There are so many numbers on them, Cohen said, that they can’t figure out what or who to pay, so they just wait to receive a more urgent and clearer notice.

Running down and collecting from a confused patient is a lot more expensive than not confusing them in the first place.

Preauthorization, Cohen noted, is another good example. Payers put that into place to keep costs low, and to make sure physicians weren’t just ordering up tests, but were staying focused on what was really relevant. But, he added, providers find the system unclear, and so they’ve compensated for it in a very expensive way.

Cohen said that because providers don’t understand the payer rules on this, they’ve moved to asking for prior authorization for everything they have even a remote chance of actually needing, even though the data shows that providers submit claims for double the amount of tests and exams needed to hedge their bets in the billing system.

All that without the patient always seeing noticeable improvement in their care.

It’s time, Cohen said, for both payers and providers to work together and collaborate.

The basic goal of the OODA model, Cohen told Webster, is to get providers out of the bill collection business by standing in as the intermediary that processes the billing paperwork after a patient has completed care. That makes OODA the party responsible for paying the provider immediately after services have been provided, and then to take responsibility for collecting the balance due from the patient.

Data can help mitigate those risks, Cohen said. OODA doesn’t pay the provider in full; they pay them “more than 50 cents on the dollar” than they would normally have to collect, but over a much longer period of time, using their own resources to do it. That, Cohen said, saves the provider time, reduces resource costs and puts money into their bank account more quickly. OODA then works with the healthcare plan to collect from their member.

Collecting doesn’t have to be that hard, Cohen said – in fact, he contends that it can be as simple as registering a card on file for payment instead of asking patients to write checks and put them in the mail. It can also be as involved as using data to suggest bespoke payment options for more expensive procedures well in advance.

“Suppose a patient has a pregnancy ultrasound,” Cohen said. “We know very early on what many of those expenses are likely to be for the next nine months, and can offer up a sustainable spending plan to suit those needs.”

It sounds simple – but, of course, it isn’t.

OODA isn’t a solution for the entire healthcare payments system.

“We’re not trying to roll this out to every provider network right away,” Cohen said.

OODA will first work with providers that take a value-based approach to care and payments, like accountable care organizations or outcome-based contracts. Cohen and Colella say that these are networks that have already embraced a new way of approaching and paying for healthcare, using new payment methods and incentive systems to drive better outcomes for patients.

That remains largely a niche healthcare segment clustered in a handful of areas (cardiology, oncology and infectious disease are popular). Though they are getting more buzz for the savings they can generate, they are far from a mainstream healthcare product.

“While most remain in an exploratory stage, plans that have accrued some experience with outcome-based contracts are interested in pursuing more,” said Matt Brow, president of Avalere Health.

OODA is also entering a market with some big competition. United Healthcare’s Optum shares OODA’s goals, but has a much larger platform in which to activate its tech. United is the largest healthcare payer in the country. Insuring 183 million people, it is in use in four out of five hospitals in the U.S., across some 300 health plans.

That’s a lot of scale and a lot of power to move the market, but an approach that Cohen noted has set its sights very, very wide in a market with a lot of big issues to untangle.

For OODA’s part, the $40.5 million they just raised will help them dig into “a very specific environment where there is already collaboration between payers and providers, and trying to build an end-to-end model that sees patient liability better managed and providers getting paid in real time.”

A year from now, Cohen said, they hope to be out in the field in California and Arizona, and hopefully announcing that “we have nailed the patient experience piece.”

It’s not going to be easy working, Colella noted, because today’s healthcare payment networks are a Gordian knot of rules, processes, intermediaries and pass-throughs that make the system nearly impossible to navigate. Replacing that isn’t as easy as just pulling the plug and starting something new.

“Even with a payer that is really committed, there are a lot of processes to change that require acts of faith and courage along the way,” he explained. “There is a lot that will be different: different technology, different decisions, different incentives. This is more than just a technology fix – this is really about rethinking everything in a complicated system with a lot of interrelated parts.”

That change, while hard, can’t be delayed forever, because patients with phones in their pockets will demand it. It’s also doable because everyone involved in the system has at least made it to the point of understanding that, risk of change aside, something better is overdue.

Now, Colella said, it’s about strategy, execution and getting to scale.