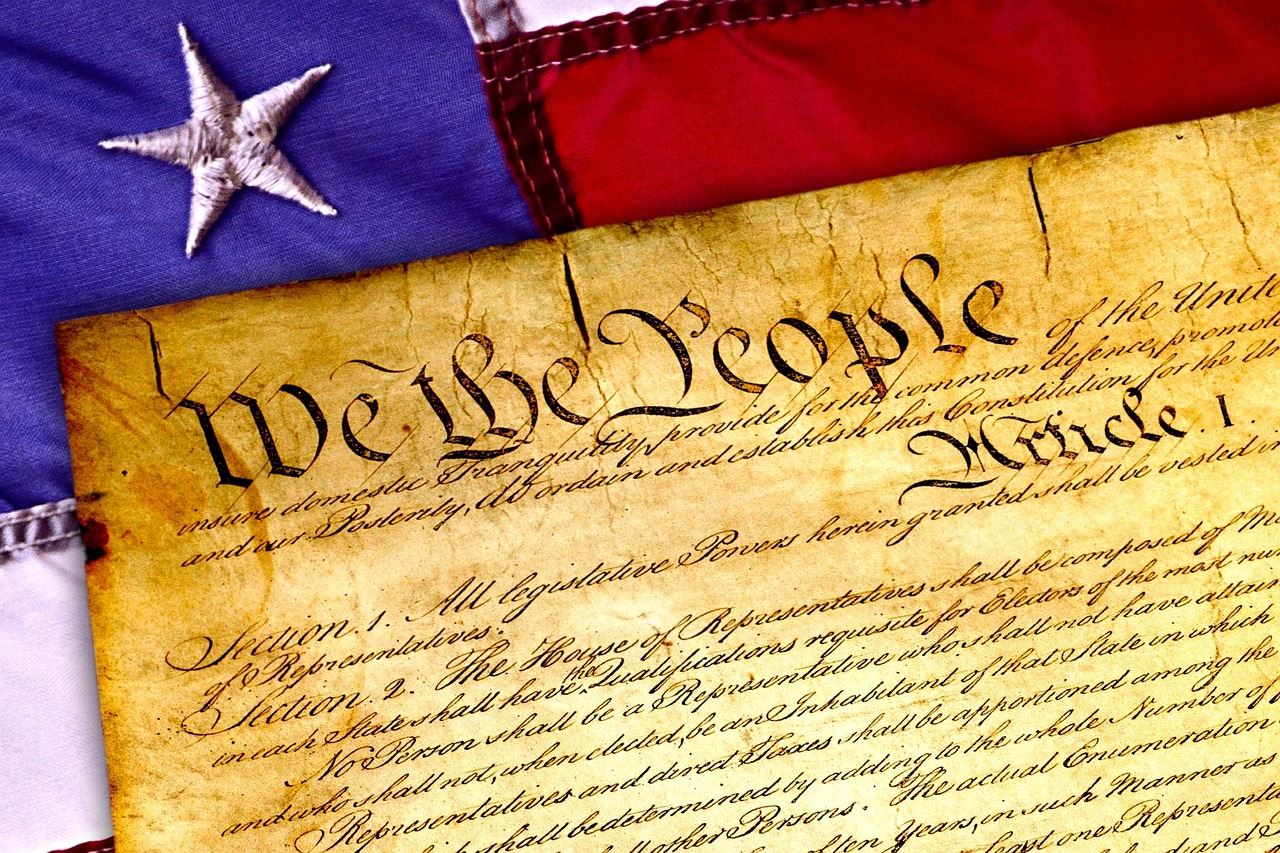 In the United States, the Constitution is the law of the land, upon which all other rules and regulations are based. It is a document that was framed to protect the inalienable rights of the people, and it has withstood the test of time, with amendments. There are those people who believe in Constitutional Originalism – the idea that the interpretation of the US Constitution should remain stable, except when amendments have been ratified according to the steps outlined in Article Five. There are also people who believe in a Living Constitution, the idea that it has a dynamic meaning that is subject to interpretation based on modern societal views. While most citizens’ rights have been preserved according to the original intent of the Constitution, there are a number of rights that have been limited, for better or for worse, based on a more contemporaneous interpretation.

With Mark Zuckerberg’s testimony on Facebook’s privacy policy, and the use of people’s personal data for advertising and other purposes, we are reminded of the full reach of the United States government. If not by the institution of official regulations, it has the power of influence over publishers and platforms like Facebook, and how they self-police. Facebook already self-polices what it considers to be terrorist content, and it has a large content team that reviews any reported content that arguably breaks its Terms of Service (TOS). This includes content that is deemed to be “hate speech.” It’s an arbitrary term that means well, with an intent to protect certain classes of people from content that could arguably lead to violence. Yet, Conservatives would suggest that Facebook has used its power and influence to suppress their ideas, even when those ideas are not actually “hate speech.” Perhaps the most comedic, yet serious example would be the censorship of Trump supporters, Diamond and Silk. These two sisters represent themselves as Black Conservatives, and they have posted numerous videos with the intent of refuting accusations against President Trump of racism, sexism and other hateful behavior.

Whether Trump is, or is not guilty of such things is irrelevant in this context. The relevant fact is that Facebook chooses to censor certain content while allowing other content to be shared freely. In the Congressional hearings with Zuckerberg, both Democrats and Liberals have openly exerted pressure on Zuckerberg to adjust his company policies, under threat of future regulation that would result in punishments, either for the company, or for Zuckerberg himself as the CEO.

The US government is not the only institution that uses political pressure to shape behavior in a way that conflicts with the intent of the Constitution. As a response to the Stoneman Douglas High School shooting, Bank of America (BofA) has decided to stop lending to makers of certain types of guns, according to Bloomberg. Next to free speech, the right to bear arms is a contentious issue that originalists and those who believe in a living constitution will likely fight over for many years. While the government may be slow to make decisions in one direction or the other, people with influence are not waiting for such a decision. BofA is using its financial power to exert the beliefs of its executives on a select group of clients, namely gun manufacturers. They have that right, and customers have a right to stick with them, or to go elsewhere, based on their own set of ideals. This is perfectly acceptable in a free market, but what happens when there is a lack of competition, due to over-regulation and high barriers to entry?

This is where decentralization, blockchain and cryptocurrency come into play. In the case of censorship, a decentralized blockchain alternative to Facebook could be designed, with an immutable record of content uploaded by its users. It could be created in such a way that censorship simply would not happen, and once it is adopted by a large number of people, it would be nearly impossible to suppress. Certainly there are pros and cons to such a model, but one thing is clear: speech, in the form of content, could be free on such a platform, according to the original intent of the Constitution, regardless of any attempts to restrict it.

In the case of lending, the same also holds true. If other banks follow the path of BofA and stop lending to people who engage in activities that they disagree with, then cryptocurrency lending becomes a viable option. In this particular case, BofA has a modern interpretation of the 2nd Amendment, in which they believe that people should not have access to “assault-style” guns. A decentralized platform could remove such opinions from the lending process, where crowdsourced lending would be based on the consensus of groups of people who wish to lend out their digital assets. This would be a much more democratic solution, where incompatible sets of beliefs could coexist in a free market. Again there is of course the risk that such a system would be used by nefarious characters for criminal activities. But the reality is that people with criminal intent will always find a way around the law.

To be clear, this article isn’t suggesting that either Facebook or BofA should not have the right to do business with whom they choose, or that they should not have a right to self-censorship. They should absolutely have the right to conduct business in whichever way they find morally acceptable, provided that it does not result in fraud, theft or deception. However, no organization should go unchecked. With blockchain technology, we can give everyone a voice, as was originally intended by the US Constitution.