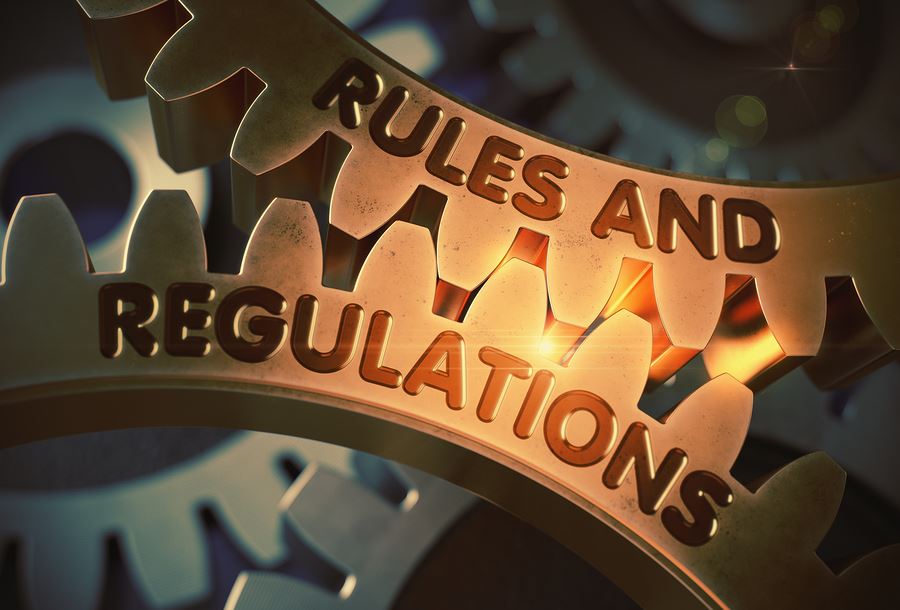 Whether it’s a fad or a fraud as some skeptics have called it, the CME (Chicago Mercantile Exchange) and the Coinbase / GDAX digital currency exchange are racing against time as fear, uncertainty and doubt cause people to question whether the “Bitcoin Bubble” will pop. Meanwhile, regulatory agencies including the SEC (U.S. Securities and Exchange Commission) and CFTC (Commodity Futures Trading Commission ) are struggling to determine who has jurisdiction over this growing space.

Regulators gave Bitcoin futures the green light to debut on both the Cboe and the CME after completing the self-certification process, which involves a pledge to the CFTC that the cryptocurrency futures would play within the rules. But who’s rules are applicable?

One might expect the process to be relatively straightforward, yet it created a crisis for Wall Street experts, high-speed traders and similar institutions that have had mixed reactions about Bitcoin and its derivatives, owing to the fact that cryptocurrencies generally trade on an unregulated market. CFTC president Chris Giancarlo admits that they haven’t dealt with a commodity resembling Bitcoin in the past and that they expect futures exchanges to share information that will help them monitor its trading activity on different cash platforms.

“Bitcoin, a virtual currency, is a commodity unlike any the Commission has dealt with in the past,” said CFTC Chairman J. Christopher Giancarlo. “As a result, we have had extensive discussions with the exchanges regarding the proposed contracts, and CME, CFE, and Cantor have agreed to significant enhancements to protect customers and maintain orderly markets. In working with the Commission, CME, CFE and Cantor have set an appropriate standard for oversight over these bitcoin contracts given the CFTC’s limited statutory ability to oversee the cash market for bitcoin.”

Bitcoin, which has operated unregulated since its inception following the financial crisis of 2008, started as a way to trade value, outside of central banks and government controls. However, after its spectacular rise and explosion of other cryptocurrencies, banks, financial institutions, mainstream investors and the government each have an interest in its value. Institutional investors lead to regulation, where perhaps we’ll see the Bitcoin futures markets on the CME and Cboe as the model that all other digital currency exchange platforms may soon follow.

Cboe president Chris Concannon believes the recent launch of Bitcoin futures helps create a healthy market and a pricing equilibrium for Bitcoin clients who didn’t have a way to hedge their risk. Now that Bitcoin has taken the world by storm, the regulatory institutions are playing catch up, just as soon as they figure out who has jurisdiction.

Bitcoin’s user-regulated privacy and irreversibility comes with challenges and opportunities for central banks to deal with. The coin’s exchangeability has created an independent currency out of what was essential a crypto asset. This classification is what regulators are struggling to define, and regulate.

Numerous state regulators are attempting to place controls on different crypto transactions including Bitcoin, since they consider financial operations too important to run independently of state control. Politicians are joining the chorus with calls for new regulations due to the technology’s increasing popularity.

While most users are not criminals, there are concerns that the anonymity created by cryptocurrency can be used for nefarious purposes. Commentators like Goldman Sachs’ CEO, Lloyd Blankfein believes that big financial institutions are facing a catch-22.

Still thinking about #Bitcoin. No conclusion – not endorsing/rejecting. Know that folks also were skeptical when paper money displaced gold.

In his view, they wonder how they will deal with a currency that operates on anonymity, no central authority or issuing state when they are bound to prevent money laundering. While security service providers like CyberTrust have tried to provide solutions to deal the impending conundrum, state regulators are putting in extra time to execute new regulations.