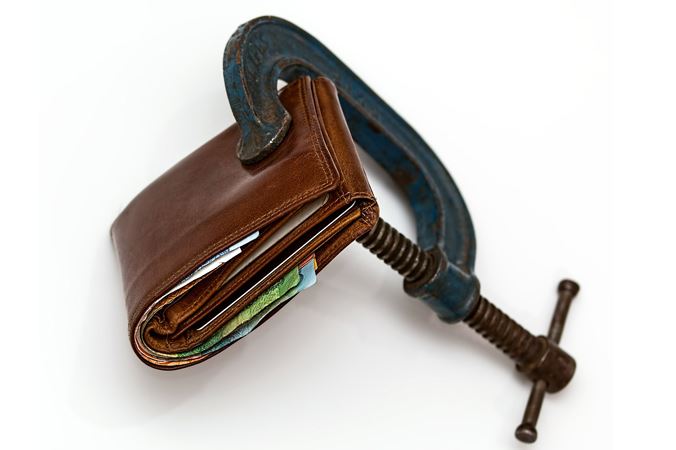 Business may be booming, but market commentators say that the stock market is headed for a correction, and this could mean that economic recession is just around the corner. Preparation is the key to weathering hard times – but the problem is that we do not know when, or how, a recession, or depression will appear. As we learned from The Great Recession of 2008, a period of economic decline isn’t always predictable and can disrupt the lives of billions of unsuspecting people. Fortunately or not, the next downturn may be predictably imminent.

In June of 2016, a few months prior to the last presidential election, Bitcoin.com predicted that another recession in the US is inevitable, after seven consistent years of growth; that was a year ago, suggesting that we are overdue. Market historians have also weighed in, noting that boom intervals similar to the one we’re in now often last for fewer than 5 years, and where there’s a boom, a bust will follow. 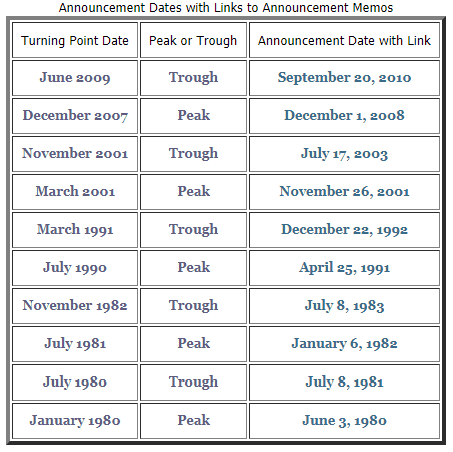 Most of us remember the impact that the 2008 recession had on the GDP, jobs and our personal lives. Nobody wants to relive that experience, and smart investment decisions can insulate us from the very worst. While this is not investment advice, we have compiled a list of ideas from around the inter-webs that may help you review any advice you receive from your professional portfolio manager.

Where Can You Invest?

There are many standard go-to assets that retain their value. Precious metals like gold and silver are classic choices for protecting your net worth in times of an economic downturn. Granted, FDR’s Executive Order 6102 in 1933 resulted in the government’s mass confiscation of all gold coin, bullion and certificates from innocent civilians as “an act to provide relief in the existing national emergency in banking, and for other purposes.” It was the beginning of the end of the gold standard, as people were forced to exchange their gold for fiat currency. While such a horrendous invasion of our civil liberties may not manifest itself in the same way moving forward, it certainly wasn’t the last bank bailout.

Today there’s another option: cryptocurrencies. While regulations continue to expand, to the point where the SEC has begun blocking ICOs, there is still an opportunity to make some smart choices, as we’ve seen from the explosive growth of Bitcoin in recent weeks, and the surge in Litecoin’s value over the last few days. Indeed, cryptocurrencies may become the go-to choice for a vast number of investors. Bitcoin futures are here, and even governments have taken the leap; for example, Venezuela has declared cryptocurrency a state-backed currency.

Why is Cryptocurrency a Great Choice?

It is critical to understand how the blockchain works before making an investment. At minimum, it’s a good idea to avoid FOMO’ing (Fear Of Missing Out) your way into a bad investment decision just before an impending recession.

Together, we’ll explore some of the rationales behind cryptocurrency to help you make better decisions, including five reasons to invest in digital currencies, and eight actionable strategies to consider when you build your buffer from an upcoming economic downturn.

Top 5 Reasons to Accumulate Cryptocurrency before a Recession

To access cryptocurrency, all you need is a computer and an internet connection. Aside from some hard drive space to store your wallet, there is no physical storage requirement. Transactions can easily be made to anywhere in the world, without relying on banks or other central authorities to grant you access to your funds.

2) Safer From the Government

Can the government seize and regulate your financial assets? Of course! This isn’t a conspiracy theory. It happened in Greece, which still hasn’t recovered from economic calamity that began in 2009. In 2015, Greece received its third and final bailout. As part of the terms of the bailout, the Greek government imposed a tax hike on its citizens. Amid financial panic, the Greek government simply shut down its banking systems for an entire week . In a clear violation of their economic rights, Greek citizens were unable to withdraw their own money from banks.

But you can limit this kind of government encroachment on financial assets. How? With cryptocurrency. It’s decentralized. Put simply, no central authority can prevent you from accessing your digital currency, since it lives on the blockchain in the form of a distributed ledger around the world. Keep in mind, you may be exposed to new laws and regulations that are designed to limit your economic freedom, as governments seek to control the uncontrollable. That is not to say that there isn’t risk. China has banned Bitcoin and other governments may follow this trend. Certainly following the law in your country will reduce the likelihood of facing an assigned punishment.

The price of cryptocurrency rose significantly during the worst of the Greek financial crisis. Similarly, when Cyprus was in the midst of its banking crisis in 2013, the price of Bitcoin surged to a (then) record high.

This may suggest that cryptocurrency is a “panic currency” of choice; in the event of an economic downturn, demand for cryptocurrencies could rise, and under those circumstances, those who hold it now would make a windfall.

Cryptocurrencies are not bound by borders and thus can travel around the world in an instant. If a recession is affecting one country, cryptocurrency could serve as a vehicle for the transfer of wealth to another country.

A major advantage of cryptocurrency is a cap on the supply. Unlike fiat currencies where the supply is manipulated by government agencies and counterfeiters, there is generally a hard limit built into the blockchain. As with any scarcity, this increases its value and demand, because it cannot be randomly generated based on market scenarios or the whim of a politician with nefarious intentions.

All the above reasons highlight why cryptocurrency could rise above other safe havens like precious metals when the next recession hits.

The government of Venezuela has recently announced “The Petro”, a cryptocurrency backed by the country’s oil reserves . The Petro is regarded as a final attempt to fight the crippling inflation and poverty that has infected this nation. The decision came after a massive 57% loss of value in Venezuela’s official national currency, the Bolivar, where people are trying to survive on $4.30 per month. The IMF (International Monetary Fund) forecasts that Venezuela’s economy is on track for its second consecutive year of double-digit contraction, shrinking by 12% this year, with an annual rate of inflation that is expected to surpass $2300 by next year. Perhaps the Petro will save them.

The decision to back the Petro also highlights the number of Venezuelan citizens who have taken to Bitcoin mining as a way to support themselves and their families in a severely stricken economy, offering two great advantages that the Bolivar cannot provide:

a) Bitcoin allows Venezuelan citizens to trade goods and services with other countries, primarily the United States. Unlike the Bolivar, Bitcoin can circumvent US government sanctions and allows badly-needed funds to enter Venezuela.

b) Low electricity prices in Venezuela have made the production of Bitcoin profitable, where the price per kWh is cost-prohibitive in other regions around the world.

The situation in Venezuela serves as a case study for the use of cryptocurrencies in reviving an economy when other methods fail. This is just the tip of the iceberg. Using digital currencies, individuals and entrepreneurs can prepare for, and often thrive in a recession.

How to Prepare for a Recession

1) Diversify your Portfolio into Non-Market Assets

A non-market asset is an asset which is not influenced by conditions in the market, unlike fiat currencies. When purchasing non-market assets, don’t put all of your eggs into one asset-basket. It’s probably a good idea to protect your wealth with cryptocurrencies, as well as traditional assets like gold and silver.

If you got in at the right time, you’ve likely benefited from the phenomenal growth of Bitcoin. It might be a good idea to take some of your earnings and invest in several altcoins. There are numerous choices, such as Litecoin, Ethereum and Monero.

Buckle down on your expenditures and stop unnecessary cash outflow. Start saving. Do you have enough savings to survive for 6-12 months if the SHTF? If not, then you might want to think about socking away whatever you can. Today.

Though this is always a smart idea, it is especially important before a recession. Pay down your loans and credit cards, and keep your credit score high. You’ll need it when banks stop providing loans to most people, typically when we need them most.

5) Keep Track of your Spending

It is much easier to reach your financial goals when you know exactly where your money is coming from and where it is going. It is important to have a clear view of your finances to make intelligent decisions before an economic downturn. This is where an accountant and/or bookkeeper can be a life-saver, especially if you’re a small business owner or investor.

6) Lower your Dependence on Your Income to Survive

If you spend 90% of your income every month, then you may find yourself homeless, or worse, during a recession. Make a focused and pro-active effort to reduce unnecessary expenses. Put some austerity measures into place. This practice will not only make you more recession proof – it can also serve as the foundation for your future retirement.

7) Have Multiple Sources of Income

Whether or not we are facing a recession, it is very important to have multiple income streams. You could supplement your income with a part-time job, freelance work or smart investments. Can you survive if you get laid off from your job tomorrow?

No industry is 100% recession-proof, so learn some skills outside of your comfort zone. If your industry tanks, you’ll have something to fall back on. You may even find sources of passive income, such as mining crypto, where your time is freed for other tasks while you earn income in the background.

Recessions are inevitable. They are a normal part of the ebb and flow of an economy. But with some preparation, you can prevent financial ruin. Pay attention to the warning signs, but don’t wait for them. Start taking immediate measures to secure yourself no matter what the market does.

Let’s review what we’ve covered in this article:

If you’re a Cash Tech News subscriber, then you’ve already taken a first step in the right direction. The blockchain is not going away. As people and governments seek to control it, innovators will find new ways for it to flourish. Recessions happen, and when the dust settles, you may very well find that your digital assets are what keep you clothed, fed, and comfortable.