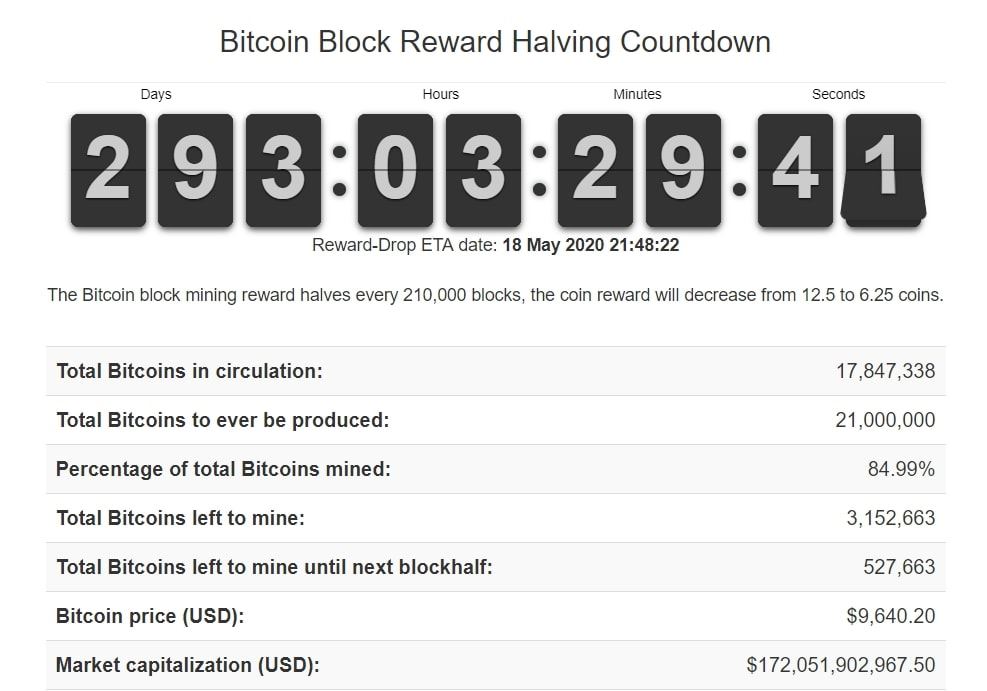 Joe Kernen, a former bitcoin bear has predicted that Bitcoin could reach $55,000 by the time Bitcoin’s next having which is in May 2020.

The co-host of Squawk Box had completely converted to Bitcoin maximalism yesterday, which surprised his show guest Katie Stockton with his forecast that Bitcoin could have an increase of over 500% by the time it reaches its next having.

Bitcoin’s halving back in 2016 helped increase Bitcoin’s price by almost 10 times. From July of 2016 to the end of 2017 the price changed from the amount of $268, it spiked up to $2,525. It was even mentioned then by Max Keiser, a host of Keiser report on RT that Bitcoin is expected to surge to $100,000 – “Bitcoin is making the institutional play now, and there is going to be a mass fear of missing out… or FOMO is going to jump to the institutional level and they have got the big bucks, and now we are going to see some big moves,” Keiser said. Even though the past performance of an asset does not serve as a guarantee for the future performances, we have seen a massive increase of the asset.

The next planned halving of Bitcoin in May 2020 means that the rewards for mining will be decreased by half. It is now at 12.5 BTC, it will change to 6.25 BTC, this event will reduce Bitcoin’s supply drastically.

Joe “The Kahuna” Kernen predicted that greater demand will be brought out due to the increased scarcity, explaining that the classic market principles also apply to crypto assets the same way they do to scarce metals of great value like silver and gold.

The theory that Bitcoin’s halving event is going to be a vital factor in pushing the asset’s price increase is highly based on its notable performance that includes the previous halving back in July 2016.

Several analysts had also squabbled that the BTC/USD will probably follow a short-term consolidation path. Then, what comes after is the pre-halving momentum that will steer Bitcoin back to around $20,000.

Anthony “Pomp” Pompliano, co-founder of Morgan Creek Digital Assets had argued that the event, together with the wider “continuation of trends that we already see” could see the Bitcoin’s price to escalate to an amount as high as $100,000 by year-end of 2021.

This summer, Joe “The Kahuna” Kernen became an unexpected hero and self-declared Bitcoin bull after he said that Facebook’s Libra stablecoin plan does not excite him at all. He also mentioned that what adds essential value to cryptocurrencies like Bitcoin are the blockchain networks, not like assets that are fiat-pegged.

Joe has progressively been showing his bull side, he appeared today on a different episode of Squawk Box along with Anthony “Pomp” Pompliano, talking about how the “First country to buy bitcoin” will coerce others to follow.