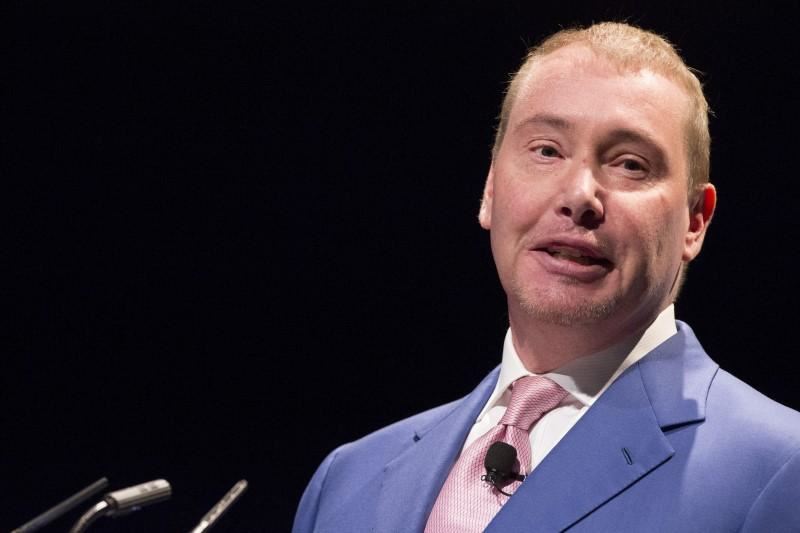 DoubleLine Capital CEO, Jeffrey Gundlach believes that Bitcoin is proving to be a new stock market indicator. He was one of the “50 Most Influential” according to Bloomberg Markets Magazine in 2012, making his opinions carry a great deal of weight. According to Gundlach, “Bitcoin closed at the low of the year last week, SPX (Standard & Poor’s 500 Index) is now at the low of the year this week.”

Gundlach oversees $119 billion at DoubleLine Capital, and stated that for months, Bitcoin has become the “lead horse” of risk assets, and when it drops, it has a cascading effect on other risk assets such as equities and high-yield junk bonds.

Historically, Bitcoin reached an all-time-high of nearly $20,000 before falling to $6,600 in February and rebounding to $11,500 in early March, and a mostly steady decline to under $7,000.  According to Gundlach, the December crash was an indicator that the overall speculative mood was exhausted.

Looking at the meteoric rise of Bitcoin in mid-September, the S&P 500 Index (SPX) accelerated upward at the same time. According to Gundlach, the S&P frenzy continued until January 26th, but “the bitcoin crash was shouting that the speculative mania of the social mood had already passed. Then the S&P collapsed, joining Bitcoin in gear on the downside.”

Gundlach laid out the trends further, as outlined in his interview with Reuters, stating that Bitcoin was already rallying when the S&P was hitting bottom. As predicted, the S&P bounced back, including the tech-heavy Nasdaq (IXIC). Then, Bitcoin was back to a bear market, and the S&P followed. Naturally, Gundlach does not own Bitcoin. He believes that people are incorrect about it being safe, anonymous and unhackable.

If Gundlach is correct about Bitcoin’s predictive powers, then surely other money managers are testing this theory. A deeper investigation might include profiling Bitcoin investors and comparing the results to the average profiles of investors in other risk assets including equities and high-yield junk bonds. If there is a significant overlap, then not only might Gundlach be proven right, but a more specific segment might be defined as a subset of each investor group.

On the other hand, one thing to consider is that there are factors that affect Bitcoin which are unrelated to the S&P. For example, regulatory changes in the US and other countries that are specific to digital currencies and crypto exchanges will likely continue to have a major impact on Bitcoin trading volume and pricing. The opposite is also true; manufacturers opening and closing factories, new tax incentives and deregulation will impact these companies, yet have no causal relationship with Bitcoin or other cryptocurrencies.

There’s no reason to doubt the correlation between Bitcoin’s ups and downs, and those of the S&P that follow. There is only a question as to whether this correlation will maintain its strong relationship, or if outside factors will cause the trends to diverge. We are not financial advisors, and this is only an opinion, but it’s unlikely that shifts in Bitcoin’s price and volume would cause shifts in the S&P. However if Bitcoin’s price is taken as a measure of investor sentiment, then it’s reasonable to assume that this sentiment would be carried over to other markets, as Gundlach suggests.