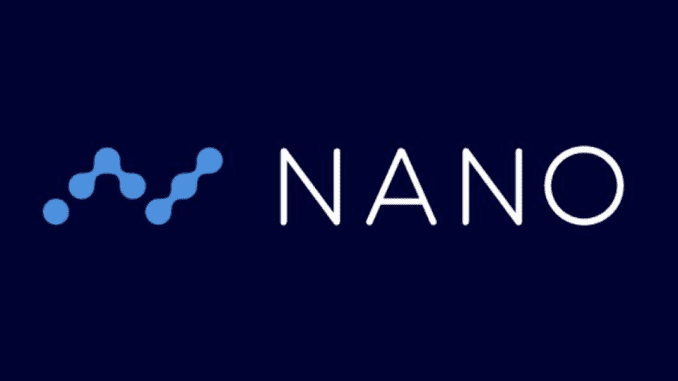 Charlie Lee, the creator of Litecoin and ex-Director of Engineering at Coinbase has endorsed the technology behind NANO in a tweet. This comes just two months after selling off all of his shares of Litecoin (LTC).

I took a look at Nano currency recently. Pretty neat. Every account has it’s own blockchain. It focuses on fast and free transactions for payments. Uses PoS for double spend protection and PoW to fight spam. The challenge is to keep it decentralized.

Disclaimer: I own some NANO pic.twitter.com/ygt5OltpN1

According to Lee, he says that NANO is, “Pretty neat. Every account has it’s own blockchain. It focuses on fast and free transactions for payments. Uses PoS for double spend protection and PoW to fight spam. The challenge is to keep it decentralized.” To his credit, Lee was transparent about owning an unspecified amount of NANO.

Charlie Lee announced that he sold off his LTC in late December. In his post on Reddit at that time, he explained that he found it difficult to stay away from price-related tweets due to the direct correlation between price and the growth of the Litecoin ecosystem. In his words, “whenever I tweet about Litecoin price or even just good or bads news, I get accused of doing it for personal benefit.” For that reason, he sold and donated all of his LTC. The controversy surrounding the sell-off was that LTC hit an all-time high right before Lee’s announcement, of $365 USD according to CoinMarketCap, and continued to decline through mid-February. It bounced back to over $200 from a low of under $113 on February 6th, but has yet to recover to the $300-400 range.

Lee is entitled to his opinion, and it is noble that he was transparent about his sell-off. However it perfectly reasonable to dig into the possible reasons behind his sell-off, and his recent endorsement of NANO. Luckily, Lee made another post that gives a bit of background on this latest development, as described in the paragraphs that follow.

Lee submitted a post to the NANO community on Reddit on February 26th. In his post, he said that he was told to check out NANO. He read the white paper and analyzed their claims of high scalability, decentralization, no fees and instant transactions. He expressed some disbelief but then followed his statement with a series of questions:

1) What happens when there is a netsplit and 2 halves of the network have voted in conflicting blocks? How will the 2 sides ever converge when they start communicating with each other?

2) I know that validators are not currently incentivized. This is a centralization force. Are there plans to address this concern?

3) When is coins considered confirmed? Can coins that have been received still be rolled back if a conflicting send is seen in the network and the validators vote in that send?

4) As computers get more powerful, the PoW becomes easier to compute. Will the system adjust the difficulty of computing the work accordingly? If not, DoS attacks becomes easier.

5) Transaction flooding attack seems fairly cheap to pull off. This will make it harder for people to run full nodes, resulting in centralization. Any plans to address this?

In that thread, the NANO team responded to each of his questions in detail. Generally the responses ranged from very good news to exploring possibilities. This was followed by feedback from the community at large, and questions for Charlie about his interest in NANO. He responded that he liked the team and that he did not see any glaring holes in the approach.

Another member of the community expressed further concern. BrangdonJ said, “My biggest concerns are over the bootstrapping process. When a node joins, or rejoins, the network it needs to discover the current state of each account from other nodes. Those other nodes can lie to it. If it talks to two nodes and they say different things, it has no way to decide which is true. Talking to more nodes is open to Sybil attacks.” He then claimed that the dev team did not give him a qualified answer to his concern, responding to him with “interesting” and nothing more.

The conversation continued, and it can be inferred that it was likely the basis for his tweet and positive sentiment about NANO. As a Creator, his opinion carries a lot of weight. It should be respected based on his experience and success. However, it should also be weighed against any personal interests. Regardless, with an endorsement from Charlie Lee, NANO is certainly worth investigating further.