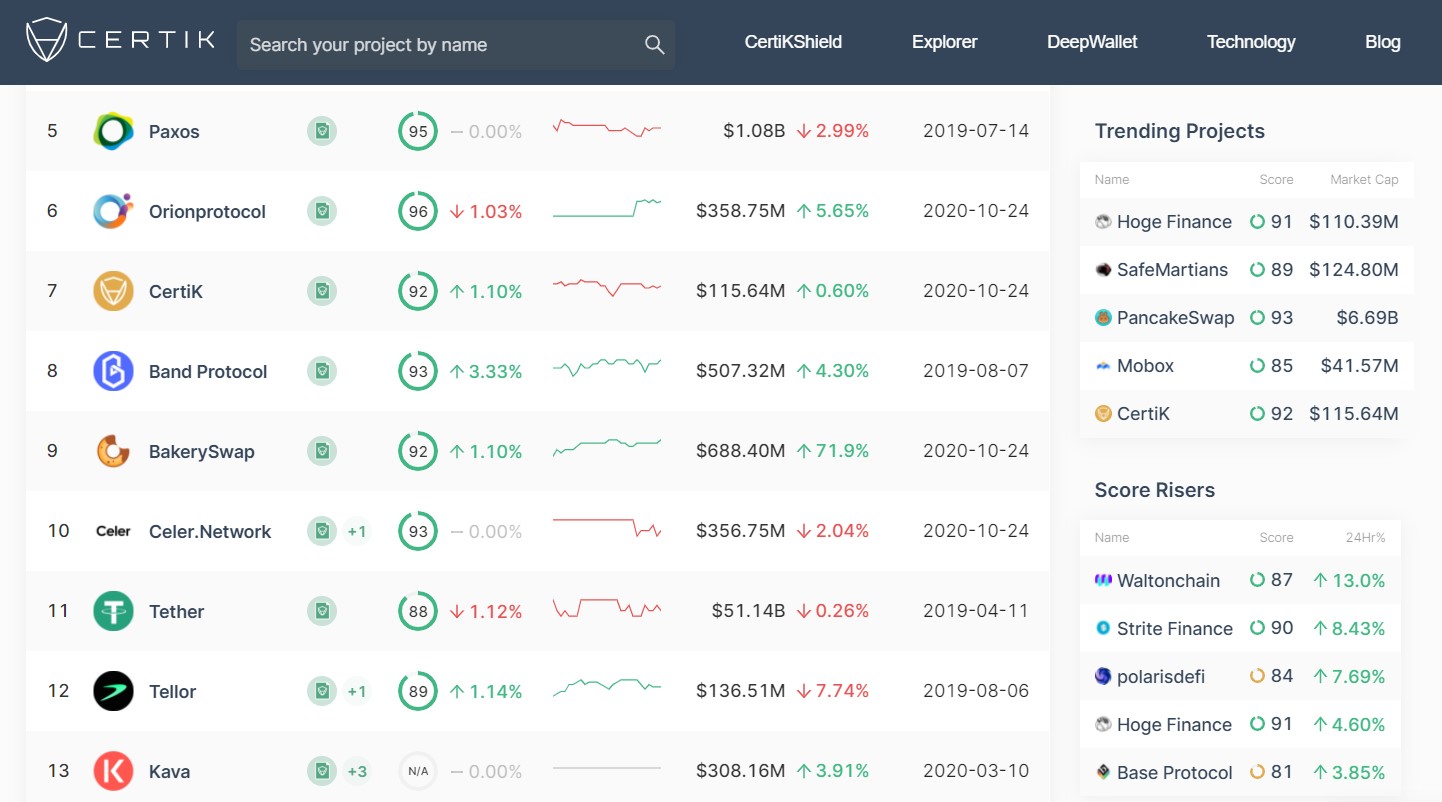 DOGEcoin made headlines everywhere as a meme coin that exploded in value after some activity on Reddit, followed by tweets by Elon Musk. Now other meme coins are attempting to follow the DOGE coin trend, and one of them may pick up steam.

HOGE Finance is another meme coin, with one main point of difference: it’s deflationary. Coins are burned every time transactions occur. This mean that the coin supply diminishes, with a goal of making each sustained coin more valuable Currently the supply of HOGE is extremely large, at 412,293,462,330 coins in circulation. If the supply reduces to 10% of that amount, then the value could theoretically increase by 10x if nothing else changes. HOGE is currently trading at about $0.00025 USD per coin. A 10x increase would still be a fraction of a penny, but valuable at volume.

HOGE Finance is the top trending coin on CERTIK as of April 29, 2021. Watch this one, it might explode.

One of the challenges with HOGE is that it’s not on the major exchanges. An easy way to acquire HOGE is to install the MetaMask wallet extension on your Chrome browser. Then load it with Ethereum, and swap using one of the decentralized ERC20 exchanges like UniSwap that’s linked to the wallet.

Keep in mind that Ethereum swaps for tokens are currently very expensive. You’ll spend a lot up front on gas, so it’s a good idea to make one large exchange if you can, such as swapping 1 or more full ETH coins for your HOGE.

Also keep in mind that if your transaction fails, you’ll lose your gas, which is very expensive. To avoid failed transactions, most people will bump up the slippage tolerance to about 5% when making the swap. MetaMask defaults to a much lower slippage percentage, which often results in failed transactions with HOGE.

Keep in mind, this is not investment advice. Do your own research on HOGE Finance before making any decisions. Cryptocurrencies and tokens are extremely risky.