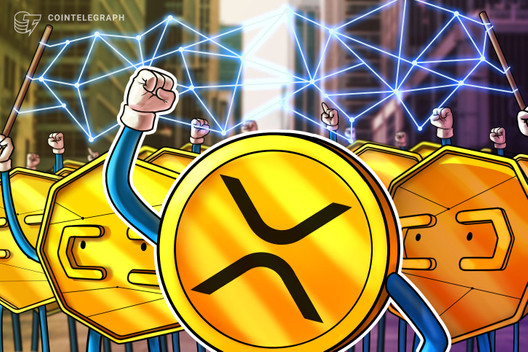 As Bitcoin price continues to range sideways, the momentum may be shifting to XRP for the next big move.

Bitcoin (BTC) price sidewards action of late has been a hunting ground where whales can easily liquidate misinformed traders on leverage trading platforms. Without decent swings, any asset can become boring.

But let’s not forget BTC isn’t the only cryptocurrency out there as several altcoins are currently staging somewhat of a comeback. However, there’s one coin that doesn’t seem to be having a good time lately, namely XRP, the fourth-largest digital asset by market capitalization.

So in today’s analysis, I’m going to look at whether holding XRP is likely to be more fruitful than BTC in the short term. 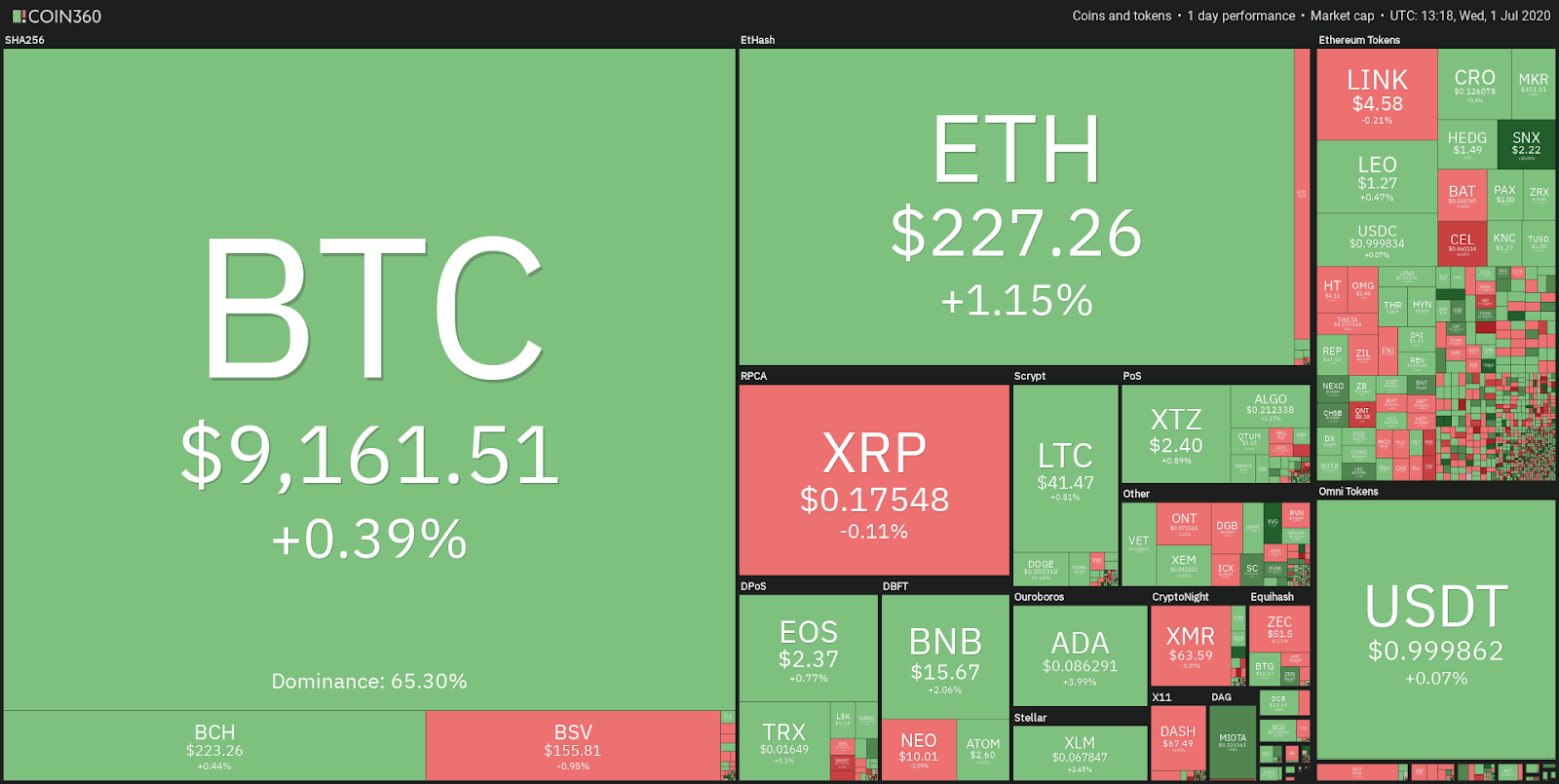 The bigger picture for Bitcoin

Starting out with the weekly chart, one can see why the bears favor this timeframe. Bitcoin is forming a massive pennant that is far clearer now than it was before the March 12 black swan event. 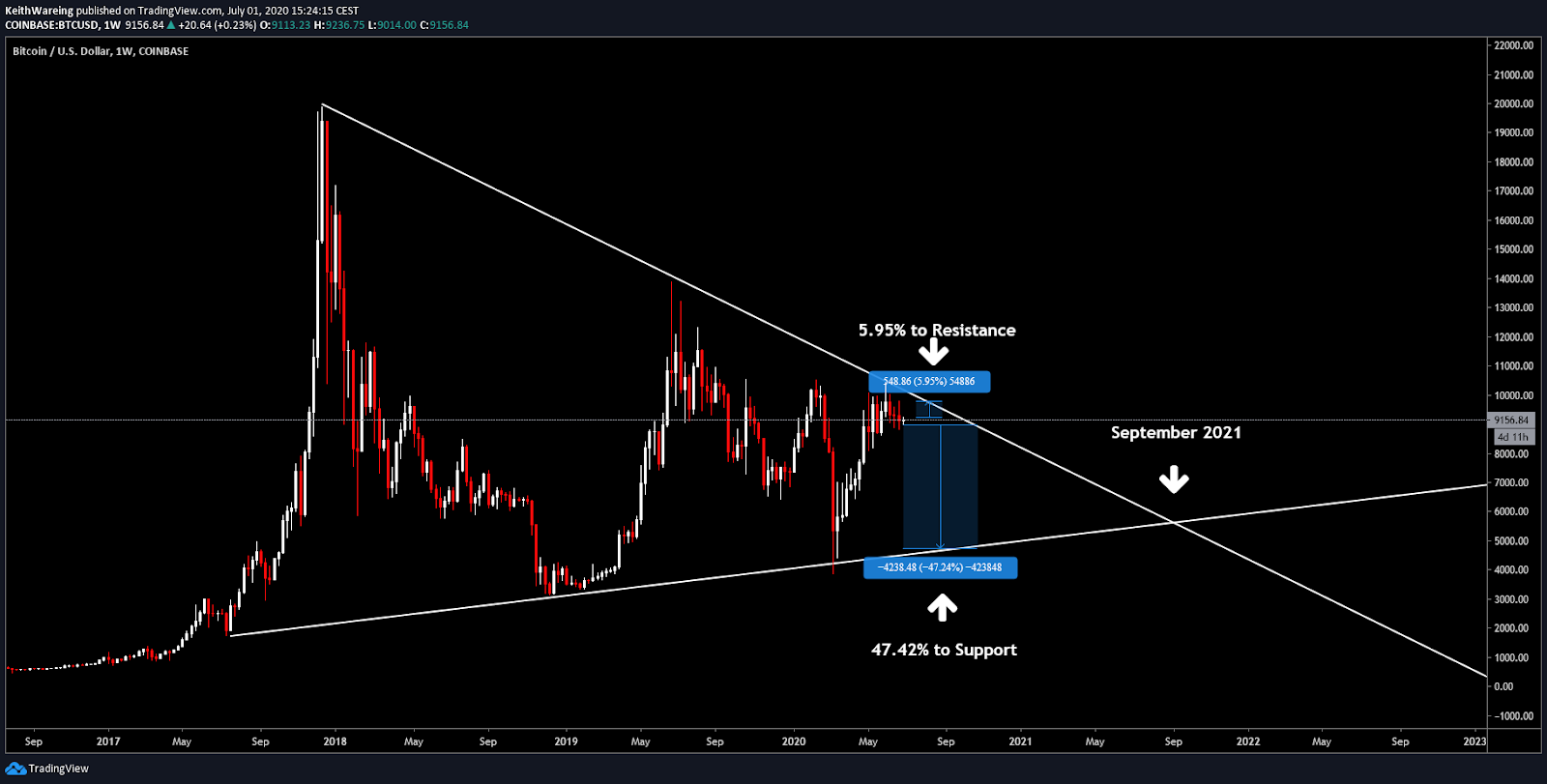 Typically, pennants break towards the end of the pattern, sometimes a little before. However, they are invalidated after. As things stand for Bitcoin, a breakout or breakdown could occur any time between now and approximately September 2021, 14 months from now.

With the current price around $9,156, a small 6% increase would put Bitcoin on the resistance line, and this is why we have failed to reclaim $10K. But at this rate, reclaiming just $9,750 would be a welcome breakthrough for the bulls.

On the flip side, there is a massive 47.42% gap from the current price to the support of the pattern. This puts a figure of $4,500 as a potential target, which may be a great opportunity to stack some sats. But is this just wishful thinking from overly aggressive bears that shout “burn this Ponzi to the ground?” 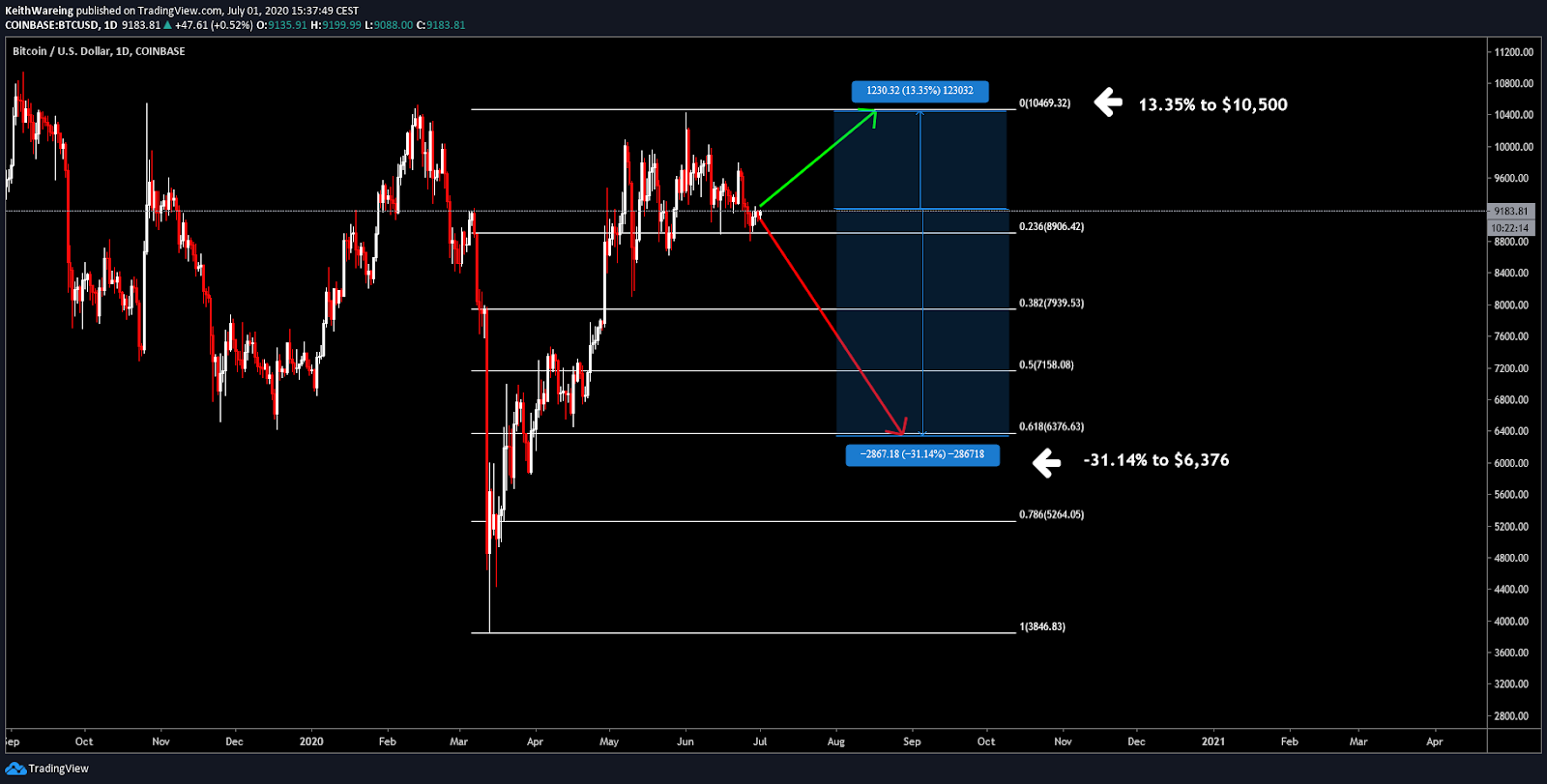 So what is more likely? Number go up? Or number go down? 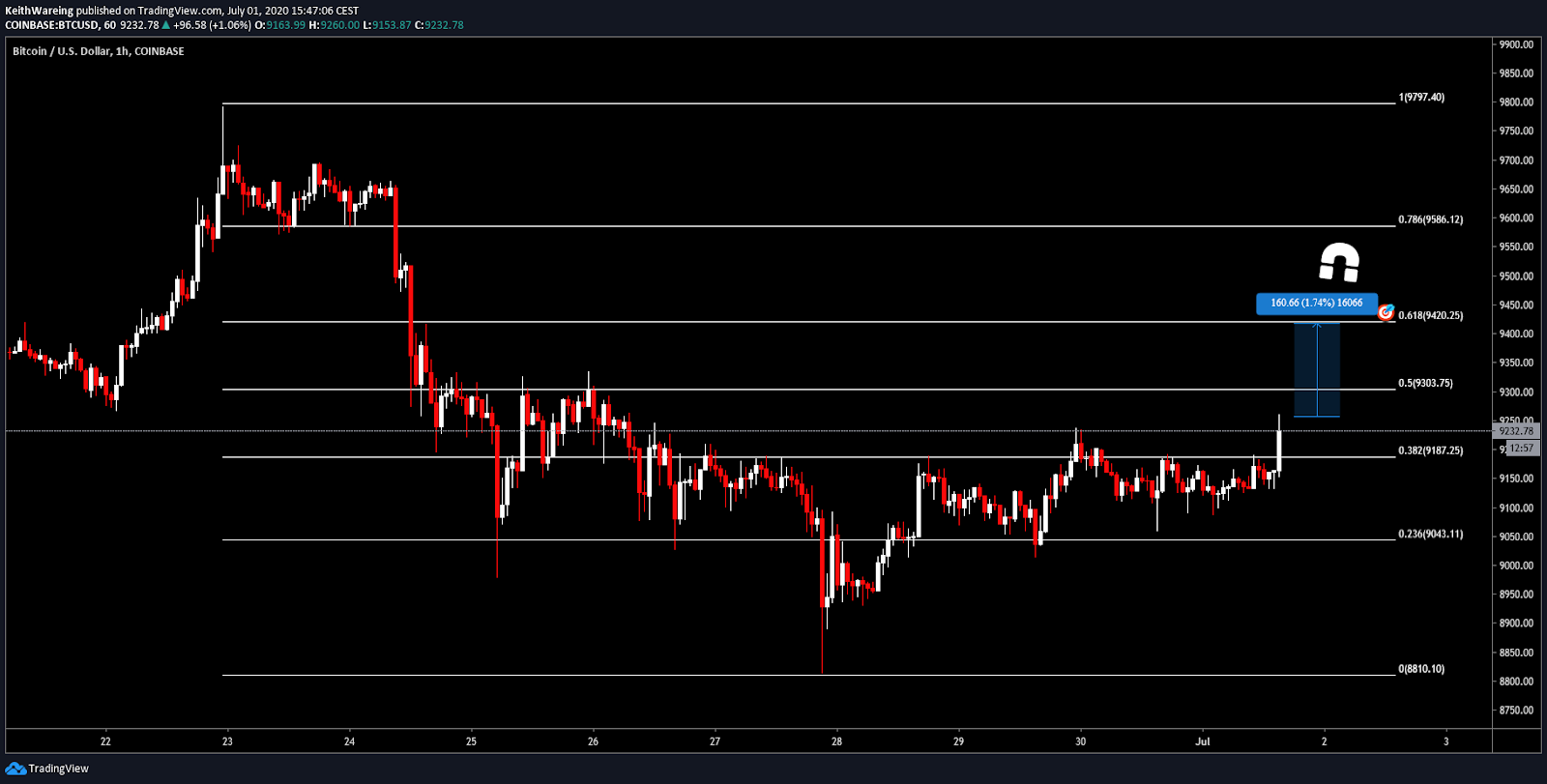 Should Bitcoin continue on an upward path, reaching the top of the Fib at $9,794 would invalidate the pennant structure and also wipe out the chance of $4,500 to boot.

Once the bulls are in control, then $12K Bitcoin is the next key level to break, and when all is said and done, this is still only a 25% increase in price. Which brings me to Ripple’s XRP, an altcoin that has piqued my interest.

XRP is the new XRP 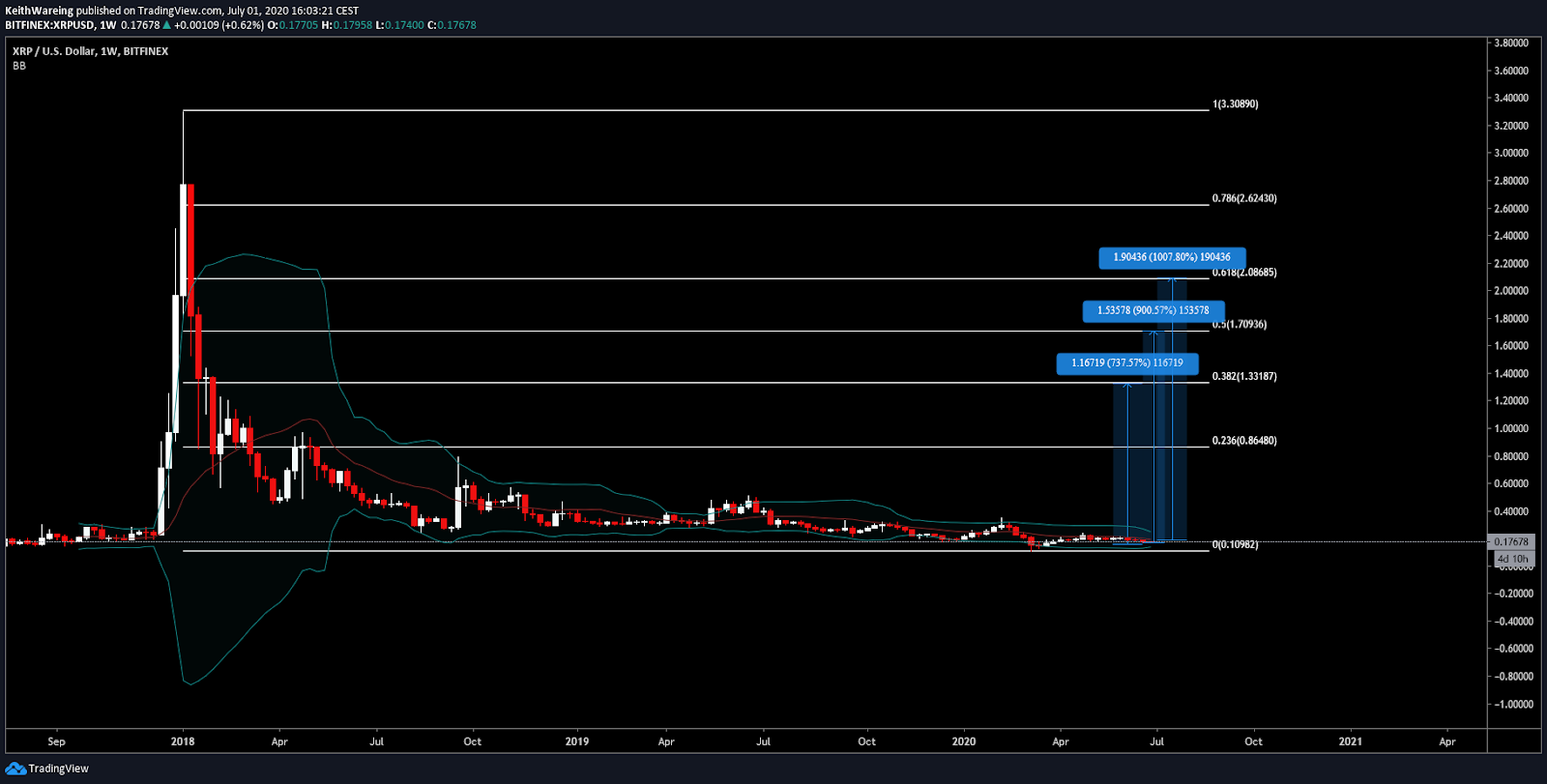 At first glance, the XRP chart looks like any other altcoin. A huge 2017 spike followed by a monster downtrend. Anyone that looks at this chart would draw the same conclusion that this project is dead.

But is the fourth-biggest digital asset by market cap really dead? Or is it the investment opportunity of a lifetime?

I like those numbers, and since XRP is somewhat of the “Ralph Wiggum” of crypto, responding rather slowly after Bitcoin and Ethereum make their moves, and remaining stagnant for the majority of 2017, this could be a great speculative investment as Bitcoin looks like it’s close to its top.

The downside for XRP 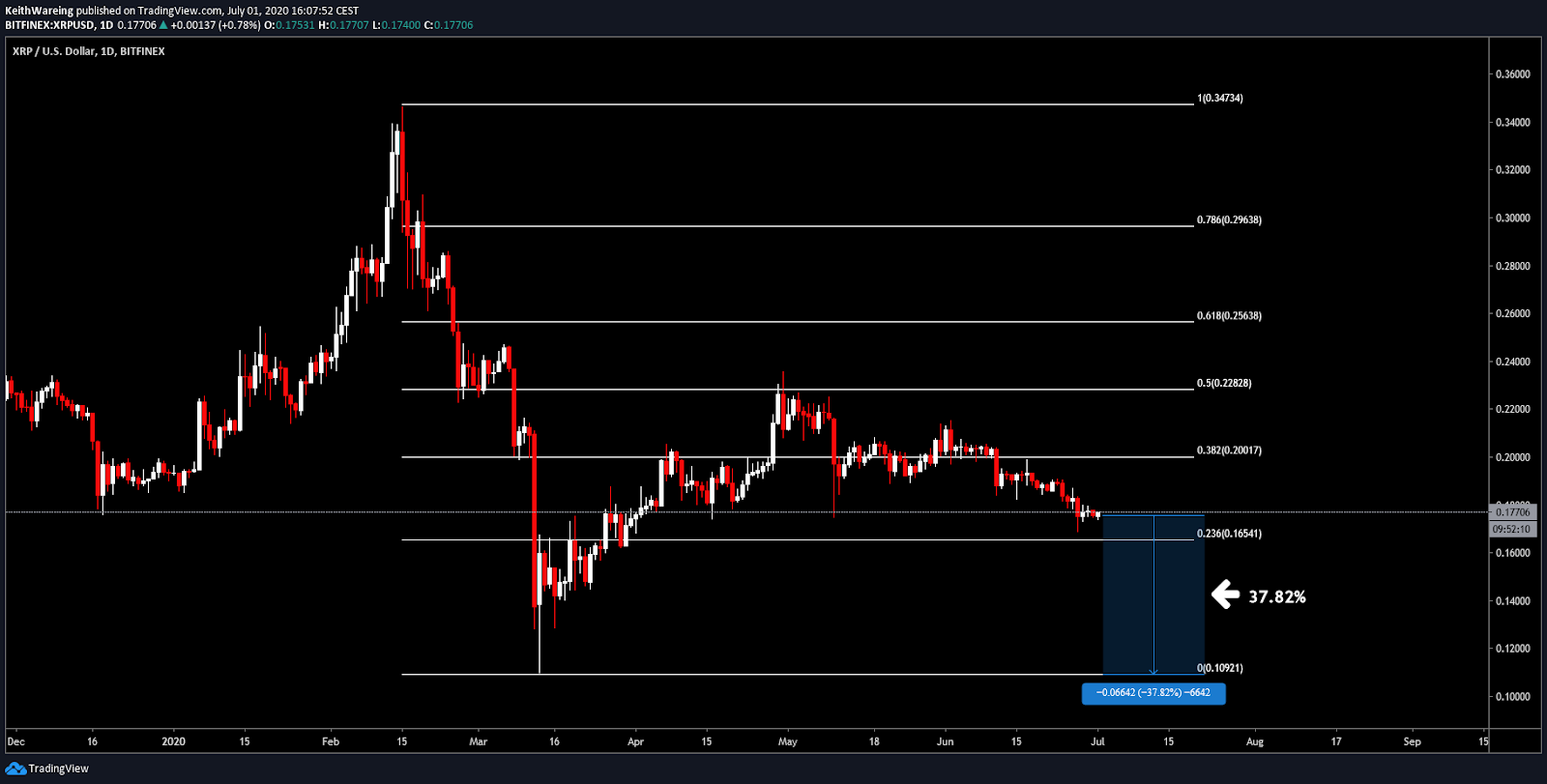 Moving down to the 1-day chart for XRP and the downside doesn’t look that great. If $0.16 support fails to hold, $0.10 XRP is what the Fib retracement tool shows as a potential target.

However, there is massive buying and selling pressure for XRP on Bitfinex, between $0.17 and $0.18 with no big orders below $0.17, according to the Tensorcharts orderbook heatmap. 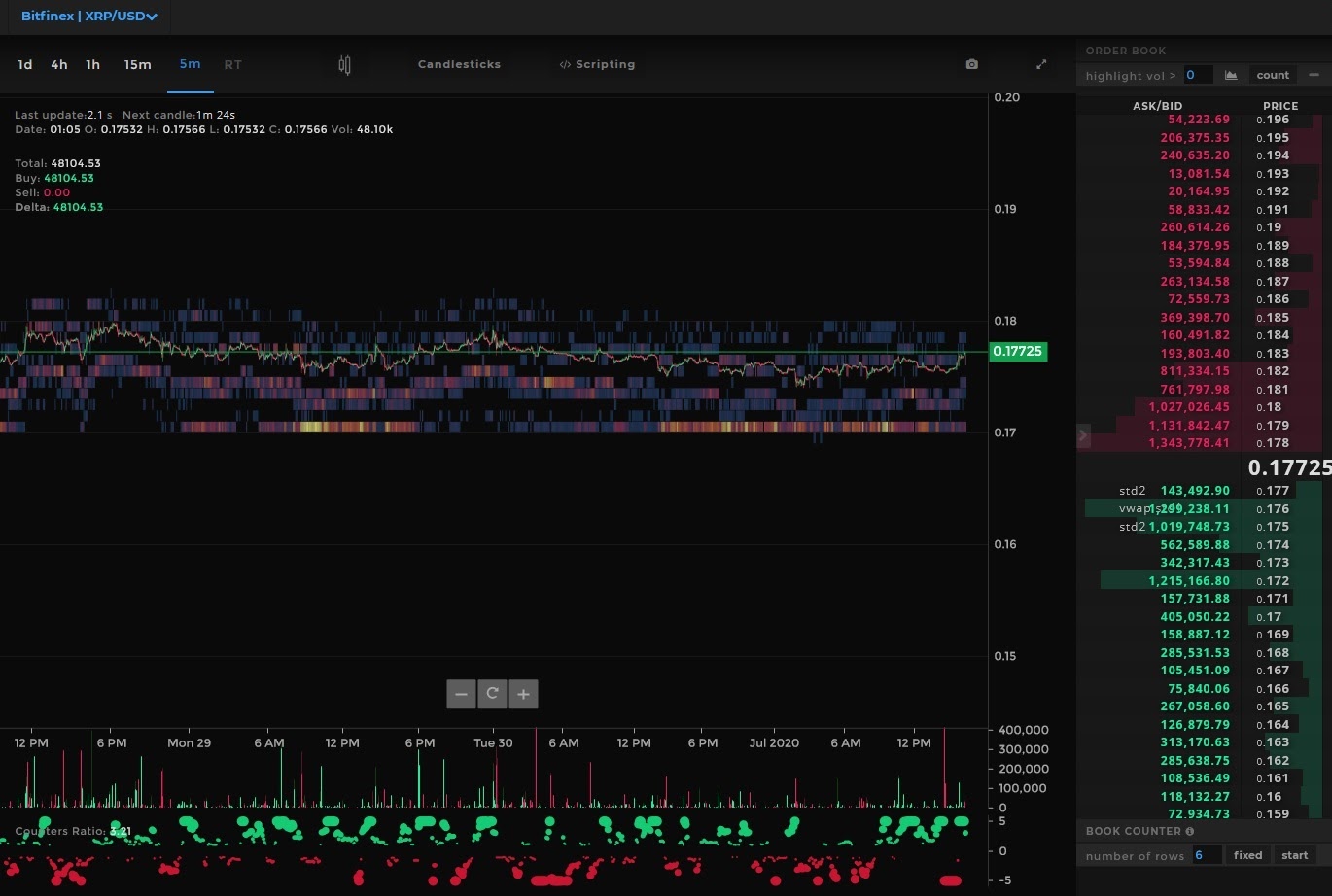 This all leaves me asking the question: is the bottom in for XRP? But also, are we close to the top for Bitcoin?

Obviously, XRP hasn’t won as many hearts and minds as BTC as it’s generally discounted by the crypto community due to its centralized nature, Ripple’s regular monthly sales from its escrow and its “XRP Army” supporters.

Nevertheless, XRP is currently at mid-2017 levels while Bitcoin is already at December 2017 prices. So which horse looks better to bet on at these levels? Obviously, you should DYOR. But as Warren Buffet once said: “be fearful when others are greedy, and greedy when others are fearful.”

For Bitcoin, the first level of resistance is at $9,450. However, should we break this, then $9,750 is where bulls need to push toward to regain control.

Defending $8,900, which is the 236 Fib is massive for Bitcoin right now. Should this level fail, I would be looking at $7,900 as a very real target should the bears win this battle.