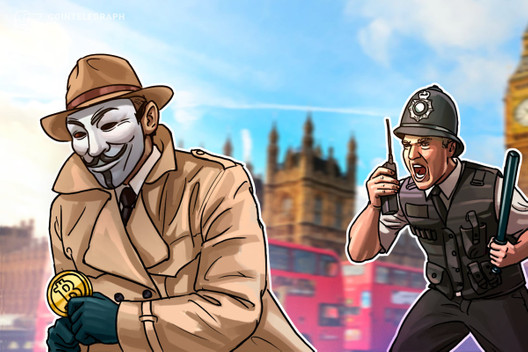 Some places saw a larger spike than others

One report showed ransomware efforts in which a hacker locked down all of a user’s business data. They then demanded bitcoin as payment for unlocking the data, threatening to increase the price tag for restoration if the victim did not pay up within a certain timeframe.

Another report showed a perpetrator threatening to release private information into the public if a victim did not send over BTC.

Some areas faced a high concentration of attacks

Reports showed several regions with high Bitcoin-related crime numbers. These included 89 accounts from the Greater Manchester Police, 82 from Hertfordshire, and 21 from Leicestershire.

“The rising tide of digital financial crime will bring a shiver down the spine of consumers, who are already acutely aware of the risk of fraud and blackmail from malicious hackers,” Retail Financial Consulting CEO Andrew Martin said in the statement, adding:

These incidents underline the risks associated with online currencies, which are often an easy way for anonymous third parties to extort money from victims, without detection.

Martin also added a note for the future. “Moving forward, it’s time for the big banks to recognise that the aggressive push towards a cashless society is forcing many people to experiment with new forms of investment, some of which come with significant risks,” he said, including,

“Restricting consumer access to cash limits choice, leaving many people in our society behind and in an increasingly dangerous online world, this can only be a bad thing.”

By the numbers, Bitcoin demands represented around 4% of all blackmail attempts in the U.K. between 2018 – 2019. The other 96% of cases involved demands for traditional fiat currencies.