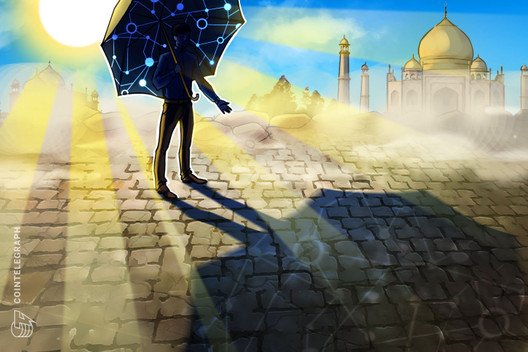 How can emerging technologies help one of the world’s most populous countries and one of the largest energy consumers toward sustainable and renewable energy development?

The IMF and the World Bank have forecasted that India’s GDP will grow at the rate of 7%–8% for the next few years, driving a rapid rise in its hydrocarbon-fueled energy demand tied to growing urbanization, rising incomes and a steadily increasing population. Studies suggest that India’s share of total global primary energy demand is set to roughly double to around 11% by 2040. This has emerged among India’s most formidable challenges to sustained GDP growth.

As India is the world’s second-most populous country, the third-largest energy consumer and CO2 emitter, and has the highest death rates among G-20 countries attributable to air pollution and related calamities. While the country contributes 7% of the world’s CO2 — half that of the United States — India’s CO2 emissions are increasing faster than they are in China and the U.S., seeing a 4.8% rise in 2018. It is the fourth-largest consumer and importer of oil and natural gas while housing the fifth-largest coal reserves (after the U.S., Russia, Australia and China), which fuels three quarters of India’s power.

India intends to solarize its digital future. It became a world leader in the fight against climate change when Prime Minister Modi launched the International Solar Alliance with 121 member countries ahead of the Paris Agreement in 2015, with the primary objective to work for efficient exploitation of solar energy to reduce dependence on fossil fuels.

With support from the government, foreign investors, technological breakthroughs and falling solar power prices, India has seen an exponential growth in its renewable energy sector in the past five years, fueling 10% of its electricity power with renewable energy. The country’s target for 2030 well exceeds the G-20 average of 25%, at an impressive 40% of power fueled by renewables.

Similarly to China, India put the brakes on the promotion of fintech services tied to cryptocurrencies in April of 2018 by imposing a ring-fencing on banks and cryptocurrency exchanges, announcing that financial firms could not provide cryptocurrency services. The Supreme Court is currently listening to further hearings on this. However, on March 4, the Supreme Court of India struck down the Reserve Bank of India’s controversial ban on banks dealing with crypto-related firms.

The Reserve Bank of India confirmed that cryptocurrency is not banned in India in response to concerns raised by the country’s Internet and Mobile Association, as the country is the second-largest telecommunications market, with 1.2 billion mobile phone customers and just 582 million bank accounts, a void often filled by cryptocurrencies. Accordingly, the Digital India initiative includes plans for a:

The Ministry of New Renewable Energy has various programs focused on harnessing, democratizing and decentralizing solar energy, as India is endowed with vast solar energy potential, allowing the country to shift away from new coal-fired power faster than anticipated.

Grid connected: This program aims to generate competitively priced solar thermal and photovoltaic power. Currently, India houses two of the largest solar plants in the world, which produce the world’s cheapest solar power at $0.03 to $0.04 per watt, according to the International Renewable Energy Agency. At the end of last year, India topped the Asia Pacific region for solar photovoltaic tenders. At the beginning of this year, the Solar Energy Corporation of India concluded the world’s largest renewables-plus-energy-storage capacity tender at a pre-specified tariff of $0.04/KWh.

Solar cities: This program aims to support and encourage Urban Local Bodies to prepare a road map to guide their cities in becoming “renewable energy cities” or “solar cities” by promoting solar water heating systems in homes, hotels, hostels, hospitals and industry; deployment of solar panel systems and devices; and designing solar buildings. A total of 60 cities and towns are proposed to be supported for development into solar cities during the country’s 11th Plan period.

A key component to the adoption of solar energy to meet the Paris Climate Agreement is enabling consumers to store and trade excess solar energy that can be produced even at night with University of California Davis Professor Jeremy Munday’s reverse solar panels. Accordingly, India’s Energy and Resources Institute developed a mobile blockchain prototype for solar power trading that allows consumers to sell excess power generated from homes or electric vehicles peer-to-peer to their neighbors or power distribution companies. So far, electricity distributor BSES Rajdhani Power Limited has partnered up with Power Ledger, an Australian blockchain company, to test a blockchain P2P solar power trading solution in a New Delhi suburb.

Related: Green Policy and Crypto Energy Consumption in the EU

Under its National Electric Mobility Mission Plan, the Transport Ministry of India is aiming for 30% of vehicles in India to be all-electric vehicles by 2030, complete with a charging infrastructure as well as a developed solution for domestic battery raw materials and processing facilities.

India’s electric vehicle revolution is aided by advances in qualified Lithium-ion cell technology — one of the most promising electrochemical energy storage technologies. Today, Li-ion has wide applications in electronic gadgets, telecommunication, industrial applications, aerospace, and electric and hybrid electric vehicles across India’s innovation scene, including a bus from Ashok Leyland, a truck from Rhino, a car from Tata, a rickshaw from Mahindra, a bicycle from Yulu, drones from Skylark, and ridesharing by Uber, Ola, SmartE and Yulu.

The MARAAL is a series of multipurpose solar-powered unmanned aerial vehicles, or UAVs, which are developed in India by the aerospace department of IIT Kanpur. Such solar-powered UAVs could be re-energized by laser-power beams according to Paul Jaffe, who has been conducting space-based solar energy research at the U.S. Naval Research Laboratory and focusing in part on transmitting solar energy from space to Earth for more than a decade.

Jaffe recently conducted a “historic” laser power-beaming demonstration — the first of its kind — that could be used to send power to locations that are remote, hard to reach or lack infrastructure, or to power electric UAVs whose flight time is currently severely limited by on-board battery life.

“If you have an electric drone that can fly more than an hour, you’re doing pretty well,” Jaffe said. He added:

“If we had a way to keep those drones and UAVs flying indefinitely, that would have really far-reaching implications. With power beaming, we have a path toward being able to do that.”

The Indian Space Research Organization has partnered with both the United States’ National Space Society and China to harness solar energy via solar-powered satellites. Later this year, they will launch the satellite Aditya L-1 (Sanskrit for “sun”) to study the solar corona after shooting down a satellite with a missile from Earth for the mission Shakti (“power”) last year.

The government is moving India away from a reliance on imported coal through targeted measures to encourage industry investment in now-least-cost renewable energy while progressively taxing the externalities of coal use. On July 1, 2010, India introduced a nationwide carbon tax of 50 rupees per ton ($1.07/t) of coal both produced and imported into India. Currently, the carbon tax stands at 400 rupees per ton ($5.73/t).

In India, hydrocarbon subsidies have been cut by around 75% since 2014, freeing up funds to support the development of world-leading wind and solar industries. Nevertheless, according to an IMF report, India ranks number five in subsidies to the hydrocarbon industry, at $209 billion, and has an expanding energy deficit.

According to a report by the International Institute of Sustainable Development (IISD), India’s subsidies for renewable energy was $2.2 billion for 2017. The new government, in its 2020 budget, announced tax breaks for setting up mega-manufacturing plants for solar cells, lithium storage batteries, EV and charging infrastructure.

Related: A Call for Sensible Regulation: The Fate of Future Innovation in India

Switching just 10% to 30% of subsidies supporting fossil fuels to renewables would unleash a runaway clean energy revolution, significantly cutting the carbon emissions that are driving the climate crisis. Due to rigorous lobbying efforts, subsidies and finance to the coal and fossil fuel industries are at least three times greater than they are for renewable energy, putting climate goals at risk.

Selva Ozelli, Esq., CPA is an international tax attorney and CPA who frequently writes about tax, legal and accounting issues for Tax Notes, Bloomberg BNA, other publications and the OECD.