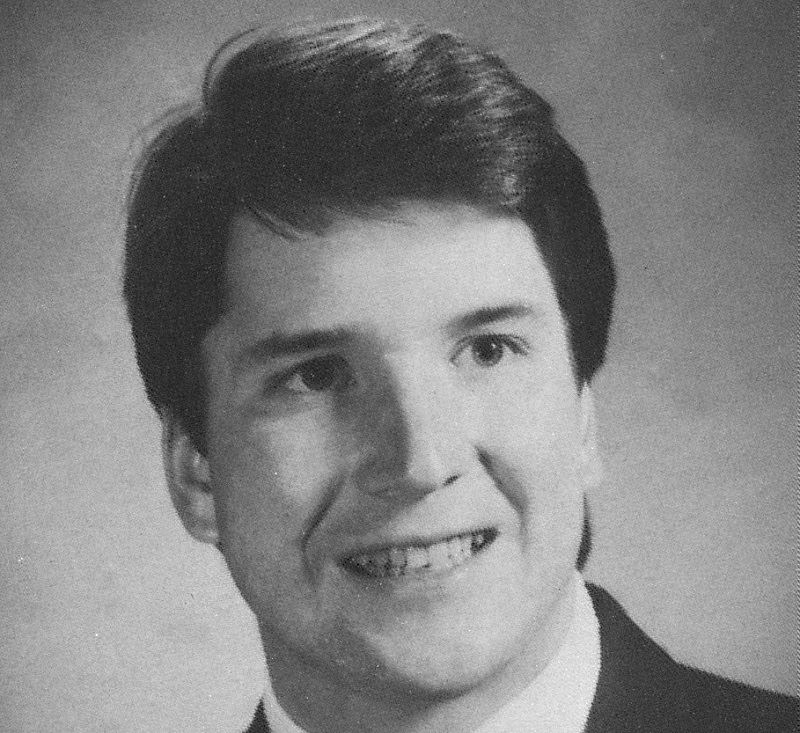 Supreme court appointments are a media circus that’s amplified online while friends and family go to war on Facebook and other social media channels. Justices are supposed to uphold the constitution, yet the left and right go to war in a partisan battle to stack the court in their favor. Liberty-minded individuals like Judge Napolitano are concerned about Kavanaugh’s opinions on limitations to the 4th Amendment, and his role in the development of the Patriot Act, while pro-choice Democrats see him as a threat to Roe v. Wade, a landmark decision in 1973, that has been settled law for nearly 50 years. This latest courtroom battle addresses this and other issues.

Judge Brett Kavanaugh had a successful career as a judge, a teacher, and a coach. He then accepted a nomination for the opportunity to sit on the bench of the highest court in the United States, and arguably the world. And with that, he sat through many days of Senate hearings that eventually led to the sexual allegations brought forth by Christine Blasey Ford and other women who have come forward against him. We may never know the full truth of what happened 36 years ago. It is a case of he-said, she-said, and it’s entirely possible that both people are telling the truth according to how they remember the events taking place, or not taking place. Memories fade and change over time, and in this case, there may be no way to validate which “truth” is most accurate. While we cannot change the past, we have an opportunity to create an immutable record for the future, to protect alleged victims as well as alleged sexual predators who may have been falsely accused.

It seems as if things were simpler 20 or 30 years ago. “No means no” was pretty much the standard, and men (and boys) generally understood this rule. Today, consent has become more nuanced, especially on university campuses. Antioch College pioneered an “affirmative sexual consent” policy in 1990. This was an anomaly at the time, but it is on its way to becoming the norm in the millennium. More schools are making affirmation (saying “yes” instead of not saying “no”) policy, written sexual consent forms are being used, made popular by movies like 50 Shades of Grey, and there is further dispute on whether consent can be given while under the influence of drugs or alcohol.

People have made a mockery of these over-the-top methods of consent affirmation. Spontaneity used to be regarded as part of the excitement of a situation. And yet, here we are, where a man’s possible actions more than three decades ago have already affected his life. Due process and the burden of proof being on the accuser, rather than the accused, is at the heart of American law. And while that is generally the case, most of the time, in criminal cases, Kavanaugh’s hearing is for a much different purpose. It is more of a job interview than a trial, and the outcome may not require proof that he engaged in any of the activities he has been accused of – the court of opinion may rule in this case, one way or the other.

What if we had blockchain technology when Brett Kavanaugh was a teenager who “boofed” and joked about “Devil’s Triangles” in his yearbook? Rather than relying on his unusual collection of paper calendars outlining his activities over his lifetime, we could instead look at an immutable, indisputable record of proof on a distributed ledger that never goes away.

LegalFling claims to be one such solution. Each person about to engage in sexual intercourse taps into the mobile app to affirm their consent. It eliminates the need for paper contracts and it lives on your mobile device. You can personalize your boundaries, integrate with WhatsApp, Telegram and other apps, and you can even scope out “group flings.”

LegalFling is not perfect. It doesn’t appear to handle nuanced situations, such as when participants withdraw consent. But it is a start, and it may provide the evidence to suggest that a particular encounter did at least initiate as a mutually consentual engagement. If it works as an initial proof of concept, the functionality could be expanded in numerous ways.

For example, your entire sexual history can be stored anonymously on the blockchain, and unlocked with your biometric information, such as a fingerprint. This could be used in situations where people have concerns over the number of partners a person has had, or whether there are other people in the mix when expectations for monogamy exist. It could also be used to upload information about exposure to STDs. Today, when a person tests positive for HIV, they are often encouraged to reach out to past partners to notify them to get tested, to reduce the spread of the disease. Imagine if you could simply load up your dApp and check if any of your past, present, or future partners have been exposed to a disease. You could pull up anonymous analytics, and the world would be a safer place.

Naturally, there are potential drawbacks to this technology as well. As long as it remains a free market solution, where people may choose to voluntarily use the application, it could be a positive. However, it is also possible that well-intentioned people will lobby for it to become a requirement for sexuality. Imagine, for a moment, that the government mandates a new regulation that requires people to log into an application every time they have sex or go on a date. That would be tyrannical. And yet, such technology is already being put into play. China has introduced a social credit system for its citizens, using facial recognition software and a record of their behavior to determine whether they deserve to travel, get a job, get a loan, or anything else in life. And, behavioral analysis, without the consent of the people being analyzed is here in the United States. Palantir, a company with Peter Thiel as one of its founders, has been secretly using artificial intelligence (AI) for predictive policing in New Orleans, and similar projects are popping up in Japan and elsewhere. It’s like a scene straight out of Minority Report. So much for due process.

In the case of Brett Kavanaugh, a blockchain app like LegalFling could have been beneficial not to one party or the other, but to finding the truth. It could have shown that they were both at a particular place, at a particular time, with particular agreed-upon terms, or that neither of them was where they claimed to be. An immutable record indeed would be superior to the hazy memory of someone trying to remember events from 36 years ago. And perhaps 36 years from today, when the next SCOTUS nominee sits in front of the Senate, they can pull up their blockchain history like an open book of indisputable evidence used to make a decision without the noise of pundit opinions and partisan attacks.