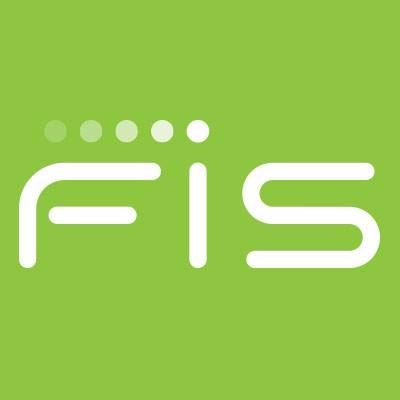 In the drive to modernize treasury operations, mind the gap — or gaps. As it turns out, there may be a disconnect between what treasury professionals need in their day-to-day endeavor of cash management and what their service providers think they need.

The vendors selling tech and services to the corporate treasurers would do well to be mindful of those gaps. What is billed as “need to have” is perhaps merely “nice to have,” and should be overlaid on some operational foundations that are crucial. To close the gap between what is and what might be in payments and treasury management, first thing’s first: Executives want to be secure in their security.

In a wide-ranging conversation between PYMNTS’ Karen Webster and Andrew Bateman, president of corporate liquidity and bank treasury at FIS, the focus was on prioritization. External and internal changes are forcing treasurers and other payments professionals to adapt to and adopt new tech and processes as they seek to get a handle on cash flow.

Visibility into “cash in and cash out” of corporate coffers takes on a new urgency when funds flow across borders, time zones and currencies. As Webster noted, certainty as to where transactions stand at any point in time and when they are likely to be settled is, of course, a strategic advantage to firms of any size. Thus, the lure of real-time payments, push payments and disbursements, and increased data that can attend each stage of the process.

However, before getting to those levels of transparency, speed and surety when it comes to payments, Bateman cautioned that several pain points must be addressed.

It’s no secret that the biggest corporates — the ones that show increasing traction in cross-border activity, which FIS sees linking up with financial institutions (FI) to streamline corporate treasury functions — are the ones that have dozens (or as Webster noted, even hundreds) of ERP systems in place. Those disparate systems track numerous internal processes, such as intracompany transfers, and external processes tied to payables and receivables. Hardly efficient, stated Bateman, who said the challenge of multiple databases and ERP platforms needs to be addressed.

The banks, though, are addressing some of those pain points in tandem with FIS, he noted, helping large corporates move toward streamlined operations. Comprehensive operating platforms tying together are coming into focus as PSD2 and open APIs become part of the payments landscape. Bateman also pointed to one announcement between his firm and Citi Treasury and Trade Solutions that enables real-time payments and cash management for mutual clients of the two firms.

Though larger corporates are looking to embrace real-time payments, he said, addressing those internal challenges comes first. He also stated that the embrace of real-time payments can be a priority for some verticals, and treated with less urgency by firms operating in another niche.

Consumer-facing companies, he noted, are likely to respond with the most enthusiasm here. Picture an insurance firm where there is the option to complete real-time settlements of claims. Conversely, a manufacturing firm with clearly defined deliverables, payment terms and predictable operating activity may feel less of a need (at least, in the near time) to adopt such offerings. However, any change in how payments are conducted and tracked means stakeholders in a firm — from the CFO to the treasurer, to IT and even the CEO — must consider the technology infrastructure that is in place, versus the changes to that infrastructure that are needed to get them where they want to go.

It’s all about trade-offs.

Therein lies a conundrum, as Webster and Bateman agreed. When it comes to real-time payments and infrastructure, the two may not be all that compatible — at least, not yet.

Webster noted that technology can help facilitate once real-time instructions are generated, but getting to that point is a challenge with real-time posting and back systems that are clunky. Right now, the focus is on plumbing, said Bateman, and that is as it should be.

“If you look at the cash management systems and the treasury systems,” he said, there have been some advancements beyond past methods seen — tied to batch processing of payments, for example. However, even the move to faster and streamlined payments has a ripple effect that needs to be addressed across the back end.

The transactions themselves are moving toward getting faster, but it may be the case that treasurers and other cash management professionals do not have the optimal visibility that can come with the instant updating of workbooks. “As a cash manager, it does change your work processes,” he told Webster. He added that it’s one thing to run a cash position and act on it, but it is another thing to run a cash position updating continuously as the treasurer is making decisions.

“There is a long way to go in being real time in treasury and cash management,” he said.

Some crucial groundwork has been — and is being — laid down, said Bateman. The visibility into payments (where they are in the process at any given time and when funds will arrive), and being able to feed that visibility back into the system to be used by treasurers, is a first step. He noted that his firm is seeing that now with the corporate adoption of SWIFT gpi, where firms can track international payments in real time.

“There is a continual need for infrastructure investment,” he said, and initiatives like SWIFT’s have a long way to go when roughly 180 banks out of a consortium of 11,000 members have signed on. “The world is changing quickly,” he added, even if ubiquity is a long-term endeavor.

Investing in infrastructure gets a bit easier with the advent of the cloud. There is efficiency here in deploying software to help change business processes, and there is security.

“We’ve seen the adoption rate in the cloud increase dramatically over the last five to seven years,” he said. The spur has been the fact that treasury does not want to manage all aspects of operations in-house. They are becoming more comfortable with getting services from the outside, he said, and larger firms are moving to embrace private cloud environments.

“When you move onto a new platform, it is not a three-year cycle of asking for more money, which is always a challenge, ” he told Webster. The fact that the economy is booming also helps loosen corporate purse strings a bit, he said.

The Most Important Driver — And The Real ‘Need To Have’

For now, among the most important drivers spurring corporates and banks to embrace the cloud is the ever-persistent and complex threat of cybercrime, Webster and Bateman agreed.

CFOs and treasurers, Bateman said, are aware of the risks and vulnerabilities that are inherent in relying on older technologies and legacy systems (tantamount to catnip for hackers). These corporate stakeholders have far greater visibility into what the risks are and how they need to mitigate those risks, but they also want to make sure the vendors are mitigating the threats.

Yet, as Webster noted, in her own informal polling of vendors, security seems down on the list of “must haves” in a world where faster payments grabs headlines, and where security might seem like table stakes. As many have said that cyberattack could be the tipping point into the next financial crisis, it’s a feature that can’t only be assumed — and from a corporate treasurer’s perspective, isn’t anything they will assume.

In the end, Webster and Bateman agreed that security moves well beyond mere table stakes. The risks tied to cybersecurity are “among the things that keep customers awake at night and keeps us awake at night, too,” he told Webster.