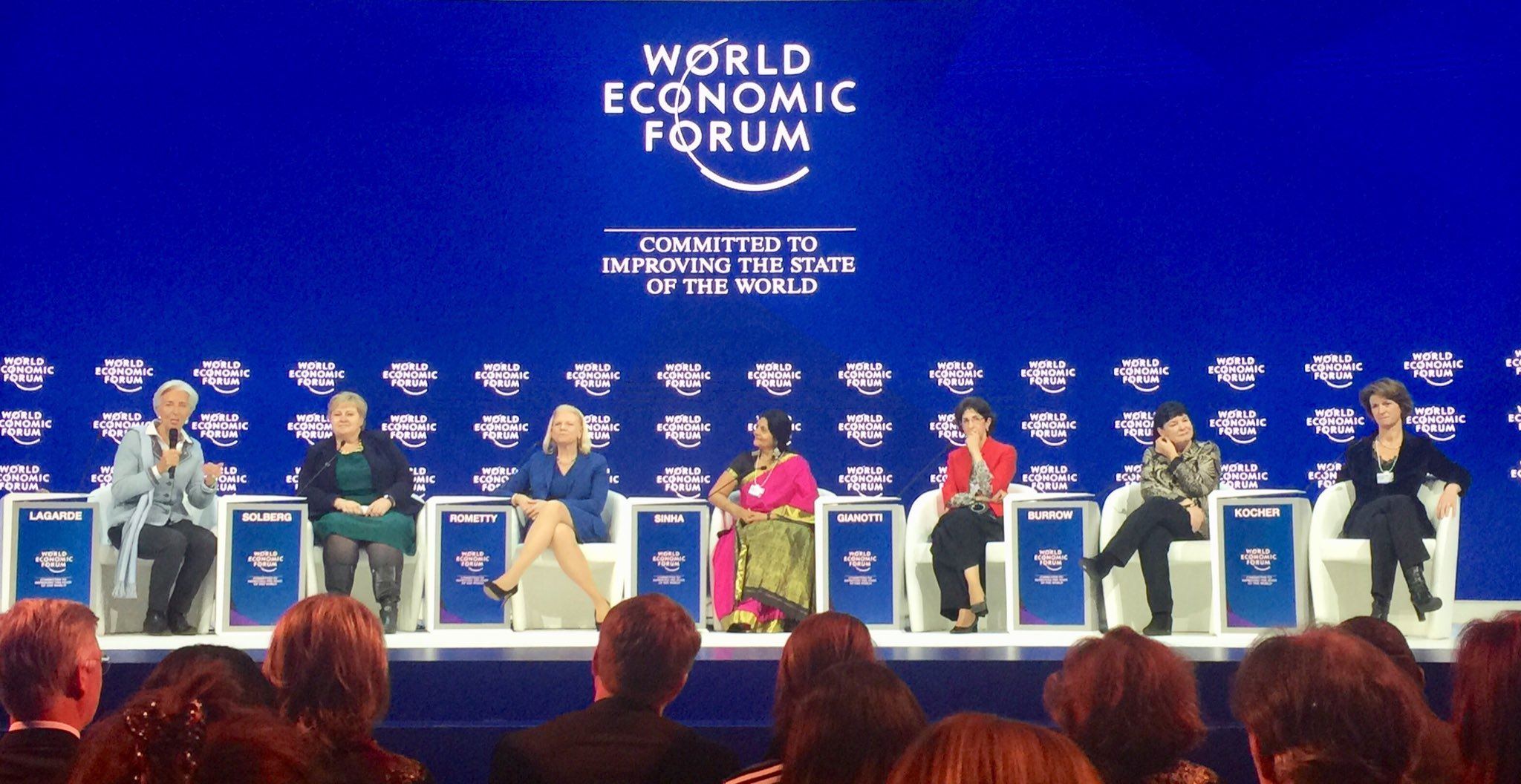 The World Economic Forum held its 48th annual meeting in Davos-Klosters, Switzerland this past week. Topics included expected subjects like renewable energy and UBI – Universal Basic Income provided by the governments of the respective countries. Cryptocurrency mining could arguably be considered a method for producing a basic income, assuming that people see value in the coins produced. UBI is just one factor associated with the sustainable growth of our world. Blockchain brings with it the Internet of Value, supplementing the Internet of Information, and the Internet of Things. This year, more focus was given to the blockchain and its role in transforming how we engage one another online.

Overall, Yang sees the distributed ledger as a signal for the beginning of a new era; the Internet of Value. The challenge she sees is in a new requirement for different kinds of cooperation between stakeholders across industries. The white paper authors describe several ways for participants to self-govern these resources.

We all know that the blockchain leverages a global, trustless peer-to-peer network to guarantee the value exchanged between individuals and devices. The WEF paper argues that success will depend on the formation of multistakeholder consensus on functionality, as well as a regulatory framework, and cultural changes.

Don Tapscott said, “A smooth future for the Internet of Value won’t just happen; it will be achieved. Today, most stakeholders are focused on building their own companies, organizations or platforms and are paying little attention or devoting little effort to the challenges of building a healthy ecosystem. But no organization can succeed in an ecosystem that is failing. Every organization should assign resources, however small, to participate in community self-governance.”

The WEF sees this report as a roadmap for developing a blockchain ecosystem. They want to bring order to the blockchain, with more governance, but not necessarily formal governmental legislation or regulation. The forum developed a new Center for the Fourth Industrial Revolution as an international platform for public-private discussions about new technologies. Brian Behlendorf, Executive Director of Hyperledger at the Linux Foundation put it well. He said, “Blockchain technology is governance technology. It’s an engine of automated self-regulation for communities, markets and society. No matter the application – currencies, settlement networks, provenance tracking or identity management – these networks still need us humans to come to consensus on how they shall work and what they shall do on our behalf.”

Among the winners of the Blockchain Excellence Award at the forum was IoT Chain (ITC). This technology is described as an IoS OS (Internet of Things Operating System). ITC is designed to solve current safety problems with IoT, using cryptography and distributed architecture to protect users’ devices from being hacked, while giving them a greater degree of data safety sovereignty and privacy. It has a market cap of nearly $146 million according to Coin Market Cap. Liu Feng, founder of FBG Capital accepted the award on behalf of ITC.

Other winners of the Blockchain Excellence Award include Nebulas (NAS), a decentralized search framework with a market cap of $455 million USD and WiseKey, a vertical cybersecurity platform.

In his address to the forum, President Trump said, “Like all nations represented at this forum, America hopes for a future in which everyone can prosper, and every child can grow up free from violence, poverty, and fear.” Perhaps the blockchain will help to contribute to this vision, sooner rather than later.