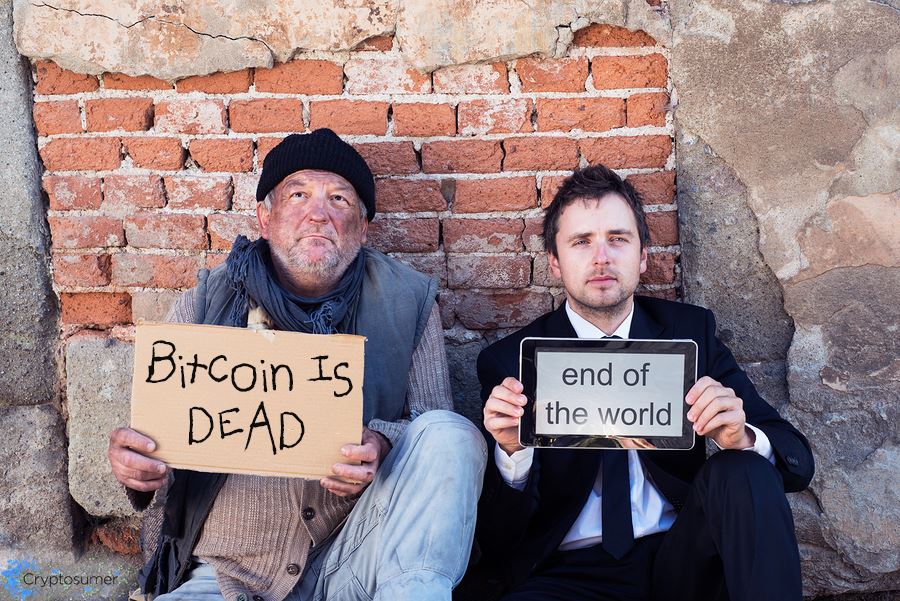 Try to Google “blockchain potential” and you will come across a barrage of articles hyping about Blockchain technology’s world altering and disruptive potential. While plenty of people are excited about the blockchain technology, there are millions others that are skeptical. Fortunately for us (and all of humanity), the naysayers are losing.

Bitcoin’s price has surged to historical levels despite doomsday predictions that the death of Bitcoin is upon us. Naysayers at the Security and Exchange Commission’s (SEC) rejected a Bitcoin ETF that could have made it possible for small traders to invest cryptocurrency on the stock market.  The SEC’s action brought a flood of obituaries for Bitcoin but it’s still here, and recent happenings are only proving the naysayers wrong.

Millions of people who don’t trust government currency are seeing Bitcoin and in effect blockchain technology as an alternative secure and efficient system that performs functions similar to fiat currency. Socialist Venezuela is failing. The people are starving. Bitcoin is saving them.

The blockchain technology offers a system that cannot be manipulated by governments, politicians or third parties and verification is decentralized in a way that requires zero trust or “belief” as with the current fiat system of trade. The total supply is a known quantity, and scarcity creates value.

Amid the hysteria surrounding Ethereum and Bitcoin, millions overlook how blockchain, the technology behind these cryptocurrencies is transforming the leading industries. More businesses will soon enjoy the possibilities afforded by blockchain technology to secure their supply chains while eliminating middlemen and reducing the cost of doing business.

For instance, Maersk, the world’s leading shipping company concluded an inaugural test last March using blockchain technology to track cargo. The test involved several interested parties such as the U.S. Department of Homeland Security, Dutch Customs. The shipper’s use of cryptographic signatures to track containers remotely will make it impossible for anyone to tamper with labels or mislay goods as the cargo in is transit and reduce the time goods spend in transit.

IBM, who are partnering with Maersk in this venture believe they can get up to 10 million out of the 70 million containers shipped annually into the blockchain by the end of 2018. IBM believes that their blockchain project will save the shipping business a staggering $38 billion dollars annually. In a test case involving avocados shipped from Mombasa to Rotterdam found out that out of the $2000 it costs to move a shipping container, some $300 goes to paperwork and other inefficiencies surrounding visibility and timing which their technology can save.

If 2017 was the year Bitcoin conquered the world, 2018 may end up being the year blockchain technology will disrupt the technological world forever. Blockchain technology has proved that it’s not just a fad and its becoming a trend and is becoming everything the Internet of Things always wanted to be; “a fair and public way to store and transfer information.” The ongoing adoption of blockchain technology by companies like Barclays using this technology in 2016 is the clearest indicator that things have changed.